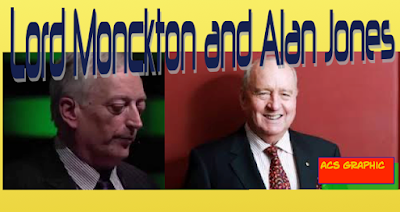 A parody of all the fools at Paris #COP21. (Sing along with the parody - words below) 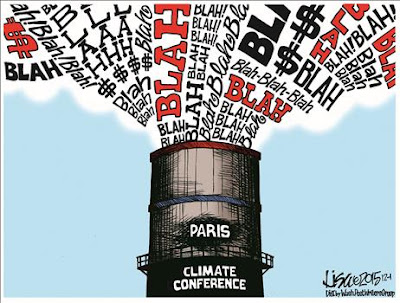 Have these clowns not heard of telephone conferencing?

When no actual confirmed CO2 cuts will emit from this conference, there will be one confirmed

Another Issue of "Carbon Sense” prepared for The Carbon Sense Coalition by Viv Forbes and volunteer helpers. Please help us spread the word.  To subscribe click: http://carbon-sense.com/contact-us/

Global Warming Alarmists are about to gather in Paris for the biggest climate carnival in their 21 year history – they hoped to see 25,000 official guests and 15,000 hangers on. Surely on their 21st birthday it is time they grew up and faced some adult world problems.

Any urchin on the streets of Paris today could tell buffoons like Ban Ki-moon and Barack Obama that the “biggest security threat facing the world today” is NOT a miniscule increase in atmospheric plant food, caused mainly by gentle natural global warming which has triggered minor expulsion of carbon dioxide from the oceans.

Obama and his side kick Kerry call climate change the biggest threat to national security:
http://www.breitbart.com/big-government/2015/05/20/obama-to-coast-guard-grads-climate-change-the-biggest-threat-to-national-security/

But the US Congress is not supporting the Paris party:
http://joannenova.com.au/2015/11/the-one-most-important-factor-for-paris-the-us-congress/

Turnbull and Co should not insult Parisians by taking part in such frivolous folly.

More on the UN Folly in Paris

Radical Islamist terrorists just maimed and murdered hundreds of people in Paris, dozens more in Mali, still more in other nations. They promise more atrocities in the United States and around the globe.

Meanwhile some 40,000 bureaucrats, politicians, scientists, lobbyists, activists and journalists plan to enjoy five-star Parisian hotels and restaurants, while attending COP21, the twenty-first UN Climate Change Conference, from November 30 through December 11. Like President Obama, they insist that humanity faces no greater threat than climate change. Some are even saying that ISIS attacked Paris to disrupt the climate confab.

Why can’t terrorists see the importance of Climate Change:
http://www.americanthinker.com/blog/2015/11/why_cant_the_terrorists_see_that_climate_change_is_the_most_important_security_issue.html

The Assault on our Food Chain

Napoleon once said: “Only a foolish horse fights with his nose bag”.