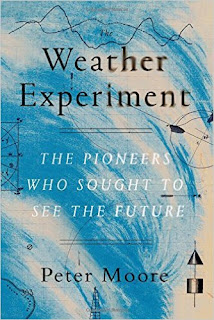 I have just seen yet another climate survey 'Climate Models Part 1.'

I have also studied Peter Moore’s 'The Weather Experiment.'

He shows that they have established:


These properties have been established  by scientific methods.

The new models can only solve them by fraud.

They begin by assuming a model has a completely wrong number, even including a 29km radius.
It can only be done by fraud.

Note to the Warmists:

Your people assume the thermal as some sense and make it worse by using the figures as constants when there is considerable uncertainties.      Also you treat a highly variable temperature sequence as statically valid. They even take  fractions of a degree.
A statistical  uncertainty is  be considered  to be very  great but how is it derived there is talk of a constant. In addition the figures for the supposed balance are variable and the carbon dioxide, like all the atmospheric values, is variable but is shown by satellites to be varied.

It is understandable that all of you are stuck into this mass.

Every day they say that  horrible things are  likely.  Matt  Ridley has written a book about it.

One head of state has agreed with me: Vladimir Putin.

How many of the Warmists will admit that it is all a Scam and  not waste so  much  empty literature.

For my full discussion: see  The Global Warming Scam and Climate Change Superscam.