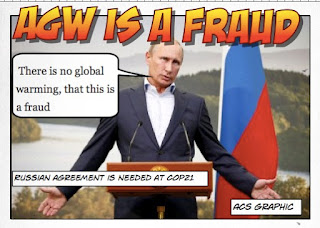 Posted by Geoff on October 31, 2015 No comments: Links to this post 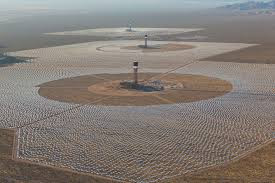 Now we find that the plant has been a net emitter of carbon dioxide, falsely described as a carbon polluter by Fox News.

Even as the Obama administration announces another $120 million in grants to boost solar energy, new reports indicate a centerpiece of the administration's green-energy effort is actually a carbon polluter.

Yet it is producing carbon emissions at nearly twice the amount that compels power plants and companies to participate in the state's cap-and-trade program.

That's because the plant relies on natural gas as a supplementary fuel.

The Press Enterprise also reported it (and also falsely used the Pollution word:

The Ivanpah plant in the Mojave Desert uses natural gas as a supplementary fuel. Data from the California Energy Commission show that the plant burned enough natural gas in 2014 – its first year of operation – to emit more than 46,000 metric tons of carbon dioxide.

That’s nearly twice the pollution threshold for power plants or factories in California to be required to participate in the state’s cap-and-trade program to reduce carbon emissions.

Why does a solar plant need to burn Natural Gas?


Natural gas is used to preheat water that goes into boilers mounted on top of three 459-foot-tall towers at Ivanpah. This allows heat from the sun – captured by 352,000 mirrors – to make steam more quickly. The steam turns the turbines that produce electricity.

The Ivanpah plant off Interstate 15 near the Nevada border also has auxiliary gas boilers that kick in whenever cloud cover blocks the sun.