The headlines said it all:

At 200 MPH, Hurricane Patricia Is Now the Strongest Tropical Cyclone Ever Recorded

The hysteria was endless. Naturally the ABC got involved:

The ABC image clearly shows a bit of rain and medium wind gusts as Patricia hits the West tourist coast of Mexico. I have been out surfing in worse conditions than this.

At the same time as this allegedly monster cyclone Patricia was wreaking havoc on Mexico a real high category cyclone was wandering around the Pacific further out to sea. Cyclone Olaf was a genuine category 4 cyclone. But Olaf was no problem as it stayed out to sea. Patricia was the one the alarmists concentrated on because it made landfall.

But Olaf allows us to see how small Patricia really was. Cyclones obtain their energy from the sea surface. Thermal imaging of sea surface temperature shows a cooling when a cyclone passes over the ocean.

The size of this cooling pool gives a precise picture of how big the cyclone is. RSS satellite imaging shows both Olaf and Patricia in the Pacific Ocean. Olaf starts developing West of Mexico on the 19th October and disappears on the 27th. During this period, Patricia is barely visible closer to the Western Mexico coast:

Plainly Patricia was not a category 5 cyclone. In fact the Low which struck Newcastle in April 2015 was a bigger and more destructive storm.

Will the lies about Patricia stop the Paris farce from happening? Not a chance.
Posted by Geoff on October 27, 2015 No comments: 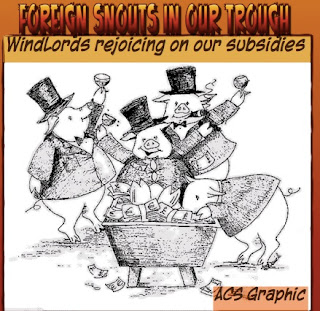 Malcolm Roberts: Holding my university and its staff accountable

Restoring science
Holding my University and it's staff accountable

This page aims to help restore integrity and objectivity to science and to the rule of law.

Objectivity is vital. Without it, we invite the powerful to rule using physical force, financial and industrial might, emotional intimidation, propaganda, lies, corrupt politics, ...

My complaints present conclusions from the statements and claims of university staff and from observations of their behaviour. My complaints raise allegations discussed in various 'complaint forms' and supporting documents.

Jump down to each complaint:
Professor Ove Hoegh-Guldberg's behaviour became a concern after he misrepresented science on ABC-TV in October 2010. My concern deepened after his email replies. 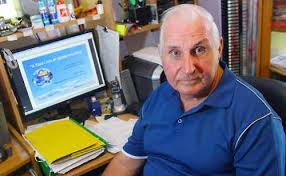