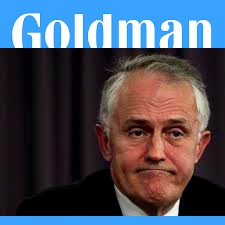 Will The PM for Goldman Sachs Malcolm Turnbull and his people at COP21 think of the Australian people and ignore the coalition agreement with the Nationals?

We know that PM Turnbull's government have turned their backs on looking into the truth re the Bureau of Meteorology's tweeking/homogenising/fraudulentlyCheating the data:


The BoM strongly rejected assertions it was altering climate records to exaggerate estimates of global warming.

Will we ever know the truth. Well, yes we do! But the Shrill members of the government, those people who want to sign away Australian sovereignty at the Paris COP21, want to hide the truth from you.

Has your local MP informed you that there are more than one side to the Global Warming Debate?

Global Warming? There has been no warming for around twenty years. Has your local parliamentary representative told you that?

Did your local member attend ALL the Information sessions?

unless Australia signs on to the United Nations Sustainable Development Goals at the upcoming COP21 in Paris, the end is nigh.

Jennifer tells us that:


The night before the debate, on Monday, three of the alarmists (Ove Hoegh-Guldberg, John Church and Mark Howden), Bob Carter and I were invited to present information to the Coalition Environment Committee, where Craig Kelly MP facilitated some lively discussion.

It is significant that such a meeting was actually held in Parliament House at which both government-funded alarmists and credentialed independent sceptics were present; this is almost a world first and certainly an Australian first.

I emphasized the importance of distinguishing between real historical data as opposed to naively believing output from computer models that homogenize original measurements.

I forcefully criticized both Hoegh-Guldberg and Church for not telling the members and senators that they had presented remodeled data, as opposed to actual measurements in their presentations, which preceded mine.

There is much more that Jennifer said, and you can read it on Jennifer's blog Sceptics and Alarmists, Together, Present to Coalition Environment Committee