Down-under we have seen the hordes of people, (mainly young men) surging from places like war-torn Syria to destinations in Europe.


A warning that has been ignored by the European Economic Community is given in a youtube video from 2010:

Those who have disbelieved our signsWe shall roast them in fire Whenever their skins are cooked to a turn,We shall substitute new skins for them That they may feel the punishment: Verily Allah is sublime and wise. A jew is hiding behind me!
Come and cut off his head.


A three year old girl answers the question: Are you familiar with the Jews?

Her answer: They are apes and pigs. ( A three year old!)

Take lessons from the example you see.   BUT.......What is Angela Merkel doing?

Has she seen the no-go zones in Paris? 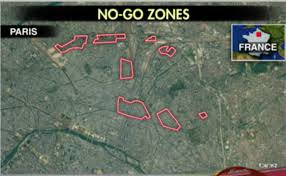 In the movie World War Z, intrepid Brad Pitt from the UN, a great irony given the UN’s capitulation and collaboration with Islam, particularly in respect of human rights, battles hordes of mindless, implacable zombies.

One of the most poignant images from the movie is the fall of Israel which had protected itself against the zombies by a wall which was eventually breached by the zombie horde. The comparison with Israel’s current situation is overwhelming with the latest knife attacks by a never ending number of Muslims. The difference between the movie and reality is the Muslims attacking Israel are doing so at the behest of Imams, while in the wider world attacks are apparently being guided by the leaders of the various Muslim terrorist groups such as in Nigeria.

In the movie Pitt has several narrow escapes before discovering the Zombies do not attack sick humans; the solution therefore is to make humanity sick. Again the resonance with Muslims is striking. In Islam there are 3 options offered to non-Muslims:

If they are people of the book [Jews and Christians] we demand of them the jizya—and if they refuse, then we fight them. That is if he is Christian. He has three choices: either convert to Islam, or, if he refuses and wishes to remain Christian, then pay the jizya [and live according to dhimmi rules].
But if they still refuse—then we fight them, and we abduct their women, and destroy their churches—this is Islam!… Come on, learn what Islam is, are you even a Muslim?!
As for the polytheists [Hindus, Buddhists, etc.] we allow them to choose between Islam and war! This is not the opinion of Ahmad al-Husseini al-Baghdadi, but the opinion of all five schools of jurisprudence [four Sunni and one Shia].

So let’s be clear here. Islam only leaves you alone, if you become a Muslim, pay an extortion fee or if you are dead. That makes Brad Pitt’s solution of infecting everyone with the flu to avoid becoming a zombie look pretty good.

The West is currently involved in a phoney war with Islam. During WW11 there was a phony war after the declaration of war with Germany when the allies did not prosecute their declaration because they hoped Germany would not commit more invasions and acts of aggression. They were wrong.

The current phoney war is even worse than the previous phoney war because the West has not even declared war and is pretending the enemy, Islam, is its ally against violent Muslims. The Western leaders continually refer to this demarcation within Islam between the extremist, violent minority and the non-violent, peaceful majority. There is no doubt only a minority of Muslims are violent. Professor Clive Kessler estimates that violent minority at 10-15%. This is a minority no doubt, but still a huge number in absolute terms, about 50-100,000 in Australia and tens of millions world-wide.

Kessler estimates another 10-15% of Muslims are assimilated, progressive thinkers ready and willing to live under the West’s secular laws. This group are obviously apostates under the current form of Islam and run the real risk of being targeted by the violent minority.

But what of the 70-80% majority? What do they want? Insight into what the majority of Muslims want has been provided by survey after survey and poll after poll of Muslims. The original and best was done by Professor Riaz Hassan and his book, Inside Muslim Minds. Hassan found the vast majority of Muslims want the laws of the land to reflect their faith. In this respect they are just like the violent minority. The difference is they do not share the violent method of the majority.

So where does that leave the West? The problem is complicated by the threat posed by violent Islam with media commentators subject to death threats, politicians subject to death threats, police and military instructed not to wear uniforms of duty. In addition Islam in Australia continues to make demands about Sharia law, Halal, Mosque building and offering justifications for the violent minority.

It is difficult for individual politicians and media leaders to come out and speak critically about Islam. The memory of the Charlie Hebdo massacre is fresh in their minds, and no matter how influential that politician or media person is they are still only an individual. When anyone criticises Islam, they criticise all of Islam. It is a tough task. But unless the West starts to do so and the phoney war ceases we are no better than Brad Pitt running around the world watching helplessly as the zombies take over.
Posted by Geoff on October 17, 2015 No comments: