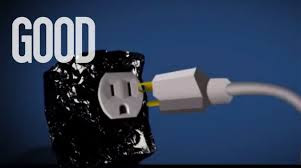 
Japan’s regional power utilities burned the most coal on record in August, flouting calls from the nation’s environmental minister to rein in use to control greenhouse gas emissions.

The nation’s 10 power utilities used 5.82 million metric tons of coal in August, the Federation of Electric Power Cos. reported Friday. That’s the most in monthly usage since the group started compiling data in April 1972. While total power generation and purchases fell 0.9 percent, liquefied natural gas use slid to the least in August in 5 years and fuel oil to its lowest level for the month in 6 years.


“Coal is still the cheapest fuel source. There is more coal plant capacity available this year than last year in Japan." (bold added)


The news for the global coal industry has been painful of late. Coal prices have dramatically decreased nearly everywhere in the world amid considerable oversupply.....

Painful to Energy companies, but good news for consumers.


In recent years, China has been the boon for the coal world, but in 2014 the country’s consumption decreased 2.9 percent, although production notably still stood at a staggering 3.5 billion tonnes.

There are many reasons why China’s coal utilization has grown so rapidly to unprecedented levels, up 50 percent to 3.7 billion tonnes since 2005. Coal defines “energy security” in China, making up about 90 percent of the country’s fossil energy reserves. Another reason is China’s massive industrialization over the past few decades—this has also supported urbanization leading cities to grow at a rate of nearly 20 million people a year.


India’s cities certainly face challenges, but access to basic services is far higher than in rural areas. According to the World Bank, in 2012 (most recent data available) less than 70 percent of rural Indians had access to electricity, while over 98 percent of those living in urban centers had access. To increase the living standards of rural Indians, Prime Minister Modi is looking to add electricity from every available source, including 100 GW of solar by 2022 and one billion tonnesof annual coal production by 2019.

Another Issue of "Carbon Sense” prepared for The Carbon Sense Coalition by
Viv Forbes and volunteer helpers.

One correspondent is “Coochie” a wannabee grass-farmer who lives in town but reads all the latest stuff on managing grazing animals. He reads things like “Mother Earth” and “Stockman Grass Farmer”.

“Please tell Farmer Fred that grazing animals are far better than ‘carbon neutral’. In fact they are the only hope for reversing desertification of the world’s grasslands and open forests. If managed properly, grazing herds will remove carbon dioxide from the atmosphere, reduce soil erosion, improve soil fertility and increase vegetative cover. They should earn ‘carbon credits’.”

I was all ears.

“You and Fred should study the work of Allan Savory. Allan is an observant honest ecologist who has spent his life worrying about desertification, which can be both a cause and a result of climate change. Initially, he hated grazing animals – he thought they were causing desertification and destroying his beloved wildlife.

“But a life-time of study of the whole system showed him it was neither the cloven hooves nor the animal numbers that caused desertification. The problem was how they grazed – how long, how intense. When hard-hoof animals are concentrated on small areas of land for short periods of time, they break up the hard crust and cover it with litter, dung and seeds. Then, when the herd moves on to seek new clean pastures, the abandoned areas recover quickly with improved soil and replanted pasture. This process restores the health of grasses and soil, returning much life-supporting carbon to the soil in the process.

“What turns grasslands into deserts is constant grazing by a few animals. Herds must be concentrated and moving.”

I insisted that Fred come over and listen to Alan Savory:

After he listened to it, Fred was stunned. He was always sceptical of our “funny ideas” on rotational grazing but suddenly he understood.

“Well, my boy” he said. “So much for all that rot from your Professor mate attacking us graziers and lauding soft-footed animals. It makes sense – soft-footed rabbits spread everywhere and destroyed everything with their constant nibbling; but one or two massive moving herds of bison, bunched and harassed by wolves and Indians and assisted by occasional fires, created the marvellous grasslands of the Prairies.

“Our cattle and sheep can be much more than grass harvesters and providers of periodic protein for people and predators. They can cultivate soil, prepare seed beds, spread seeds and mulch, and fertilise our grasslands and pastures in just one pass; but only if we concentrate them properly, and then give the pasture a decent rest-and-recovery period.”

“This Un-Savory chap will probably be expelled from the Deep Green Brotherhood for such blasphemy.”

Fred had the last word.

“Here, Coochie, have a listen to a real cattleman, Geoff Maynard, from the heart of cattle country in Central Queensland”:

Make sure Australia’s delegates to the climate-fest in Paris in December get this message:

“Sign No binding Agreement in Paris
and put a ‘Get Out’ clause on anything proposed”.

This conference is NOT about climate or pollution – it is about world government and redistribution of wealth and power to UN agencies:
http://joannenova.com.au/2015/09/flashback-ipcc-official-admits-un-climate-meetings-redistribute-wealth-largest-economic-conference-since-wwii/
http://theclimatescepticsparty.blogspot.com.au/2015/05/cop21-india-and-china-hold-out.html

Disclosure:
Viv Forbes has spent many years working in the mining, exploration, coal, oil, gas, cattle and sheep industries of Australia as well as in government service. He is a non-executive director and minor shareholder of a small Australian coal exploration company (which was founded after the Carbon Sense Coalition was founded), but he and his wife spend most of their time and energy raising meat sheep and beef cattle on natural grasslands. He was the founder of the Carbon Sense Coalition, which receives no encouragement or direction from Big Government, Big Coal, Big Oil, Big Green or Big Unions.