No global warming for 18 years 8 months!


Special To Climate Depot
The Pause lengthens yet again
A new record Pause length: no warming for 18 years 8 months

One-third of Man’s entire influence on climate since the Industrial Revolution has occurred since January 1997. Yet for 224 months since then there has been no global warming at all (Fig. 1).

Last year, ABC's Landline (3/2014) presented a program titled The Fruits of Labour about an amazing man called Bob Brinsmead and his vision to create an agri-tourism adventure - Tropical Fruit World.


BOB BRINSMEAD: We bought it primarily as a nice place to live. This was a great place to raise a family. We just loved avocados. The whole family, we were, like, addicted to avocados. And there weren't many around, but there were a few trees on this property from the old (government) experimental farm. It wasn't long before we had about 3,000 avocado trees. But then, we wanted more than avocados.
MEGAN WOODWARD, REPORTER: At 80 years of age, Bob Brinsmead is a man who always has and still does want more from his tropical fruit farm. He moved to the region as a 12-year-old and has called this property home since the early 70s.

And Bob's Final Word on Landline:

The kids grew up here, they spent their time helping to pick some of the fruit, planting the new kinds of fruit. Often, I guess, it became irksome to them sometimes to drag irrigation pipes around, but we've modernised since those days. We've made provision as a family this remains as an ancestral home. We were offered the - by the local planning authorities, they offered to include this territory here in the future urban planning for the Tweed, and we said we're not interested. And we want to maintain what it is.

Bob is also a member of the Australian Environment Foundation and a Climate Sceptic. He has previously written of the man made global warming hoax : An Irrational Fear of Carbon.

A “science” that fails these ten basic tests begins to look suspiciously like The Church of Climatology rather than a science. 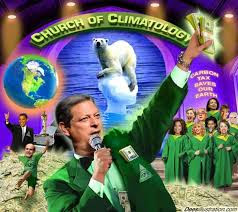 
The 2015 Lancet Commission on Health and Climate Change, comprising 45 international multidisciplinary academics (29 PhD’s and one MD) headed by Nick Watts (MA), released its freely available report online on 23 June. Its laudable intention (stated on page 1) was “to map out the impacts of climate change, and the necessary policy responses, in order to ensure the highest attainable standards of health for populations worldwide.” The UCL-Lancet Commission on Managing the Health Effects of Climate Change had published a report prior to the Copenhagen Climate Summit of 2009; and this report is timed to precede the Paris Convention beginning 30 November.

An Editorial in Australian Doctor by Jo Hartley on 3 July 2015 alerted me to this Lancet report, which is already making quite an impression on medical editors, authors, colleges, Doctors for the Environment Australia (DEA) and other organisations. The reader may be wondering why a full-time GP would want to critique this Lancet Commissions report. Having a keen interest in health promotion since the 1970s,1, 2 in experimental science since the 1980s,3, 4 evidence-based medicine since the 1990s and climate science since the early 2000s,5 I downloaded and examined this report. I found it to contain useful information and worthwhile suggestions, but also enough problems to warrant a critique.

I have observed two polarised positions on climate change: those who think it is real but entirely natural, who label dissenters as ‘warmists’ or ‘lukewarmers’; and those who think it is entirely anthropogenic and dangerous, who predict catastrophe unless we decarbonise, who classify dissenters as ‘deniers’, and who lay claim to a 97% scientific consensus (Cook et al 2013).6 A more specific and comprehensive survey of over