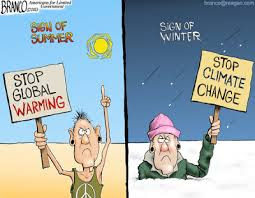 I know quite a few Professors, but do not know even one who describes himself as distinguished.

He has written a piece (distinguished piece?) in the Lakeland Times entitled:

Global warming and climate change: What science tells us.

Are "Global Warming" and "Climate Change" one and the same?

AND What is Science really trying to tell us?

Dr Gordon Fulks is an astrophysicist who has studied and written about anthropogenic global warming for many years.

Here is a created conversation between "Distinguished" Bada and Dr Fulks.

Bada: Scientists who study climate change ... are unanimous in their concerns about global warming and the potential for climate change.


Fulks: Since Bada here maintains that his perspective on Global Warming enjoys "unanimous" support among scientists, I must not exist. Furthermore the 31,000 American scientists, 9,000 of us with PhDs, who signed the Petition Project statement objecting to climate hysteria must not exist.


This blog has addressed the 97% consensus myth many times including here. here. here and here.


Bada is an advocate of 'consensus science' that says that we decide matters in science by some sort of show of hands. That makes him about four thousand years out-of-date, because even the ancient Greeks knew that 'consensus' was one of about a dozen logical fallacies that were unreliable ways to get at the truth. Science makes progress when one or a few scientists challenge a prevailing paradigm. All too often, the Establishment is unhappy at being challenged and will fight to keep their favorite explanation, even if it means abjectly bad behavior and a refusal to look at the evidence.

Such was the case with my fellow astrophysicist Alfred Weggner who recognized early in the 20th century what every schoolboy recognizes today: the continents fit well together if viewed as a jigsaw puzzle. His theory of "Kontinentalvershiebung" or 'Continental Drift' was solidly denounced by the geological "consensus" for 60 years until mid-Atlantic sea floor spreading was discovered. The Badas of that era were not about to let any upstart rewrite their theory of static continents. They refused to admit that the fossil records from the various continents were very solid proof that our continents had once been joined. And they were personally derisive toward Weggner, because they could not successfully dispute his real scientific logic and evidence.

We, down-under should also remember Australia's Barry Marshall, an Australian Nobel Laureate who showed, against the consensus at that time,  that the bacterium Helicobacter pylori (H. pylori) is the cause of most peptic ulcers, reversing decades of medical doctrine holding that ulcers were caused by stress, spicy foods, and too much acid.


There is no doubt atmospheric CO2 is increasing (scrippsco2.ucsd.edu/data/atmospheric_co2).

The trace amount of CO2 in the atmosphere plays a different role, acting as a “Greenhouse” molecule absorbing infrared energy radiated from the Earth’s surface that would otherwise be lost to space. The more CO2 present in the atmosphere, the more infrared is absorbed, thus the warmer the planet.


climate modelers themselves are not scientists at all. Their models have never been evaluated to the rigorous physical standard common in scientific disciplines (but may be soon).

and addressed this point with his peer-reviewed paper: (bold added)