UnSkeptical Unscience in a post headed Global Warming & Climate Change Myths has No. 7 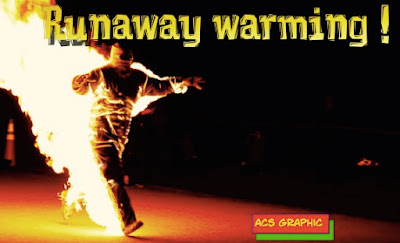 Temp record is unreliable. Completely. Satellites vs ground for 17 years with CO2 increasing. How can you say with certainty temperature is reliable given the opposite measurement from satellite and ground?

The BOM set up its own panel of expert statisticians to appraise its systems which produced some interesting results .

For instance one of the private researchers notes this from the panel’s report, pages 17-18:

Quadratic and other polynomial equations always trend to infinity. That is what they do. Quadratic equations graph parabolas. They should not be used to graph cyclic phenomena such as weather or climate, because whilst they can be made to fit a short section of data of say 100 years, any extrapolation outside this will quickly lead to absurd results.

These absurd results are the alarmists think the Earth’s temperature could “runaway”, go on forever and Earth could end up like Venus (see SS Myths: items 30, 34, 73, 91 and 110). Christopher AMonckton calls this scientific neuroticism feedback inflation.

It not only has no basis in science or statistics but gives insight into the minds of alarmists. There is literally no end to how bad they think things could get.
Posted by Geoff on July 05, 2015 No comments: