By Tom Harris
republished from Augusta Free Press
In my December 29, 2014 Augusta Free Press article, “Taming the climate debate”, I wrote about the importance of working to establish a social climate in which “leaders in science, engineering, economics, and public policy” can “contribute to the [climate change] debate without fear of retribution.” 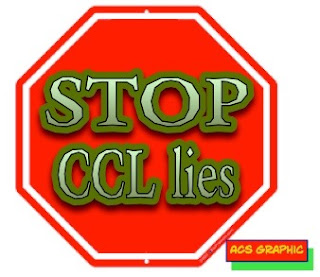 At stake are trillions of dollars, countless jobs, the security of our energy supply, and, if people like Citizens’ Climate Lobby (CCL) founder and president, Marshall Saunders, are right, the fate of the global environment itself.
So, it is a tragedy that, because the debate is now riddled with censorship, personal attacks, and even death threats, many experts are afraid to comment publicly. Saunders should consider whether the behaviour of some of his CCL volunteers is exacerbating this problem.
In describing their “Methodology,” CCL assert on their Website that they “believe in respect for all viewpoints, even for those who would oppose us.” In his September 20, 2014 article, “Speaking Truth to Power – and to Friends,” former NASA scientist and now CCL Advisory Board Member Dr. James Hansen writes, “Founder Marshall Saunders espouses respect and love for political opponents of a carbon fee…”
In that light, let’s examine how some CCL volunteers have behaved when faced with opponents of their belief that human emissions of greenhouse gases are causing a climate crisis.
My interactions with the group started in late 2012 when CCL (Canada) spokesperson Cheryl McNamara had the following letter to the editor published in the Vancouver Sun in response to my December 26 article, ”Ottawa must get real on climate change”:


Any self-respecting newspaper would not seriously consider printing an opinion piece by
someone who claimed smoking isn’t harmful to human health. The evidence on human-
caused climate change is clear, too. Tom Harris is funded by the oil industry and denies what 97 per cent of climate scientists confirm: greenhouse gases are contributing to our warming planet. The irony is that Harris also worked with the APCO, an independent communications consultancy which tried to advance the idea that tobacco isn’t harmful to human health.

The points made in McNamara’s letter are completely false.
CCL had made similar erroneous charges against me earlier in the year in the Edmonton Journal which I ignored. However, since the falsehoods were continuing even though they were provably wrong, I notified the Vancouver Sun about the problem. They agreed with my corrections and took the CCL letter off their site and the original URL no longer functions.
Despite my requests to representatives within both the Canadian and American CCL that they remove the offending letter from their site in their list of media triumphs, they would not. How does this fit with Saunders’ goal of “respect and love” for opponents?
This sort of thing has continued ever since, CCL representatives repeatedly attacking me with erroneous and irrelevant charges when I disagree with their stance on climate science. A recent example was CCL’s Pete Kuntz’s May 23 letter to the editor of the Union-Bulletin in Walla Walla, Washington. Kuntz is listed as writing from Northglenn, Colorado.
Besides the usual CCL accusations of ICSC receiving funding from vested interests, Kuntz wrote “Harris is a lobbyist for the fossil fuel industry.”
A quick check of the Website of the Office of the Commissioner of Lobbying of Canada shows that I am not now, nor have I ever been, a lobbyist for anyone, let alone “the fossil fuel industry.” We consider lobbying mostly a waste of time until the public better understand the science, which is why we concentrate on public education.
Kuntz also repeated CCL’s old chestnut about my supposed pro-tobacco work: “Harris used to work for Big Tobacco back in the day when it was denying smoking causes lung cancer, fake ‘doctors’ and all (DeSmog Blog).”
I never respond in kind but simply make appropriate factual corrections when possible. But it isn’t long before CCL personal repeat their bogus claims in other media outlets.
So I was not surprised to see Kuntz’s May 25 Augusta Free Press piece “Climate change denial is a scam,” this time identifying himself as hailing from Lancaster, Pennsylvania. He repeated CCL’s tall tales about my pro-tobacco work as well as ICSC’s supposed funding sources, something he could not possibly know since the identities of those who help ICSC cover its operating expenses have been confidential since I started as Executive Director in 2008.
The suggestion that my opinion is for sale is, of course, seriously offensive, and begs the question: how does this fulfil Saunders’ goal of “respect and love” for opponents?
It does not matter who funds us. All that matters is whether what we are saying is correct or not, a point we are happy to debate with anyone. If funding sources did matter, then we note that most climate scientists are employed by organizations that promote the hypothesis of dangerous anthropogenic (man-made) global warming (DAGW). These researchers obviously have a direct interest in supporting their employers’ point of view.
Perhaps most ironic in Kuntz’s Free Press piece is his criticism that I and Bryan Leyland, my co-author, are not scientists but are engineers. He does not seem to know that engineering is applied science and requires a good understanding of science and applied mathematics. With both Leyland (MSC—Power Systems) and myself (MEng—thermofluids) having advanced degrees and having spent many years studying climate science and computer modelling, we are quite capable of commenting meaningfully on the evidence for and against DAGW.
But qualifications do not prove anyone right. All that counts is the validity of what is being said. For instance, before being trained by Al Gore in 2007, Saunders’ professional career was in real estate brokerage specializing in shopping center development and leasing. Yet we never criticize him for lacking a background in the field because, once again, the accuracy of his comments is all that matters.
Kuntz directs readers to a site critical of the second year climate science course I gave to 1,500 students at Carleton University in Ottawa. He fails to mention that both the course originator and current instructor, Earth Sciences professor Tim Patterson, and I have debunked the critique as hopelessly naïve and misleading. I even went on TV (see here) to respond to the attack.
In defense of his position on the science, Kuntz proclaims, “Every climate scientist publishing in peer-reviewed science journals worldwide agrees.” Nonsense. The Nongovernmental International Panel on Climate Change reports list hundreds of peer-reviewed papers published in the world’s leading science journals that either question or refute the DAGW hypothesis that CCL holds dear.
Kuntz concludes by directing readers to the CCL Website, saying, “They’ve got a realistic plan.” Like many of CCL’s published letters, there is no mention of his affiliation with CCL.
Kuntz and McNamara are just two examples of CCL spokespeople who seem to ignore the respectful approach advocated by their founder. Saunders will soon have an ideal platform from which to remind them that their passionate belief in their cause does not give them license to abuse opponents. From June 21—23, one thousand CCL volunteers gather in Washington DC to “hear from inspiring speakers, receive lobby training and go to Capitol Hill to meet with members of Congress.” Let’s hope CCL’s president and founder uses the opportunity to rein in overly aggressive members of his team.
Tom Harris is Executive Director of the Ottawa, Canada-based International Climate Science Coalition (www.ClimateScienceInternational.org).
Posted by Geoff on May 28, 2015 No comments: