The following exchange was aired on the May 25 edition of PBS’s Charlie Rose show:

NEIL DEGRASSE TYSON: So if the people understand what science is and how it works and why it works, then you can vote intelligently on issues that involve scientific principles-

TYSON: -on issues. And then you can know who is not telling the truth and who is, you can analyze it.

ROSE: Okay but my question is - are we, I mean do we have too many scientific deniers in our country or do we give too much prominence to those who want to look the other way on science?

TYSON: Yeah there are some of those. And dare I implicate some elements of journalism in this, because there’s your journalistic ethos - not to tell you what your ethos is - but as I understand it and it’s been told to me, the journalist’s obligation when writing a story is to give equal column space to all sides. Or half to one of each side. And if someone says the Earth is round and someone says the Earth is flat, at some point you’re going to make a judgement, “the Earth is flat” people, is just flat out wrong. I will not be giving them the attention. We’re wasting time and I’m not doing a service to, in my role of informing the public.

And so I think journalists are really smart people. And they’re highly educated and they’re curious. They have the curiosity that kids have, that they still have as adults. That’s the other kind of branch of curiosity manifested in society. Scientists and journalists. And that’s a great thing to have. But at some point, invest your brain energy to recognize when something is fringe. And report it that way. And so when you do that, people then are properly informed about what is and is not true, what is an emergent truth. What is a truth that is in doubt, what is a truth? What is something that has been refuted. Be responsible on that frontier. And I think that will help. That will help my job, certainly.

That gives us food for thought. Should Main Stream Journalists turn attention away from rthose Charlie Rose calls Scientific Deniers?

Let's look at some of the points discussed.


Do we give too much prominence to those who want to look the other way on science?

Too many scientific Deniers? The scientific method means - look the other way on science.

It includes the testing and correction of scientific theory.

Theory - A theory is an explanation of why and how a specific natural event occurs.Hypothesis – An hypothesis is an idea or question about how something works.
Simply put, scientists see a problem and think of a question (hypothesis) and through tests of trial and error they figure out a solution to the hypothesis. Then other scientists do similar tests to see if the solution is correct. The solution then becomes common knowledge and is referred to as a theory.

Through tests of trial and error they figure out a solution to the hypothesis.....

or, the hypothesis can be falsified. As Albert Einstein once said: (link)

The CAGW hypothesis has been falsified many times:

These are but a few from the google search for "man made global warming disproved." 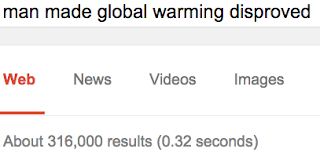 Obviously, because it is Wikipedia, many of the 316,000 may be flaky. However as noted above, Albert Einstein said: (link)

“No amount of experimentation can ever prove me right; a single experiment can prove me wrong.”

Just One - "a single experiment" falsifies the CAGW hypothesis.

Challenge to the Shrill - rebut the 316,000 results for "Man made global warming disproved."

Journalists, by definition should be sceptics. However, many of the main stream journalists have run the white flag up the pole, turned their backs on "curious" or sceptical journalism and have become pushers of the Man made global warming hoax.

If journalists in the main promote the man made global warming hoax. how can they be smart, They have not done their homework and have missed all the evidence debunking the hoax.

How many journalists missed the "governmental" in the Intergovernmental Panel on Climate Change (IPCC)?

How many journalists know that the IPCC's Summary for Policy Makers (SPM) is not necessarily supported by the scientific papers in the detailed reports, is not necessarily supported by the scientists writing the supporting papers, and how many know that the SPM is agreed line by line by government representatives in long meetings.

IPCC Reports are reviewed by representatives from all the governments and the Summary for Policymakers is subject to line-by-line approval by all participating governments. (LINK)


The Nongovernmental International Panel on Climate Change (NIPCC) is what its name suggests: an international panel of nongovernment scientists and scholars who have come together to understand the causes and consequences of climate change. Because we are not predisposed to believe climate change is caused by human greenhouse gas emissions, we are able to look at evidence the Intergovernmental Panel on Climate Change (IPCC) ignores. Because we do not work for any governments, we are not biased toward the assumption that greater government activity is necessary.

How many Journalists are aware of some of the falsities pushed by the shrill alarmists?

The two things which make science different from religion are that nothing in science is sacred, and everything in science must ultimately fit with observations of the real world. While a theory may never be 100% proven, it can be disproven. The pieces of the climate jigsaw are coming together. The observations suggest that the warming effect of man-made emissions of CO2 has been exaggerated by a factor of 3 – 7 in computer simulations. 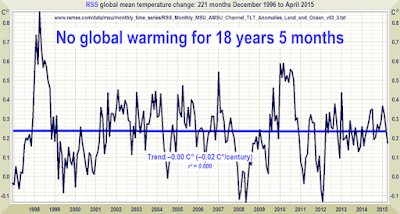 How many journalists know that there has been no warming of Global Mean surface temperature for around twenty years?

Any young person leaving school in the last few years was probably subjected to Al Gore's Science Fiction Movie "An Inconvenient Truth" several times during their schooling but has not been told that there has been no warming during their school life. 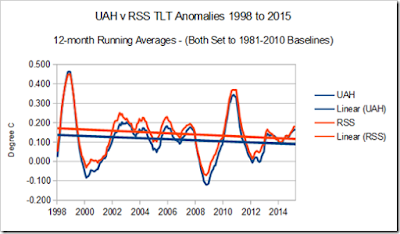 When It Comes to Global Warming, the News Media Only See What They Want


The fact that the left refuses to engage in any debate on global warming — and wants the matter closedyesterday — makes me extremely suspicious that they aren’t actually so confident that they are right, or that they are winning. When they go a step further and call those who disagree with them “deniers” and equate them with “blasphemers” or those who claim the Holocaust didn’t really happen, like a bully who has nothing to back up his bravado, it makes me think they have some extreme insecurities.

But last week broke new grounds in the lengths people will go to cut off any dissent on this issue, which many have used to hinder business production in extremely significant ways. And the news media’s curious lack of a negative reaction is also telling.