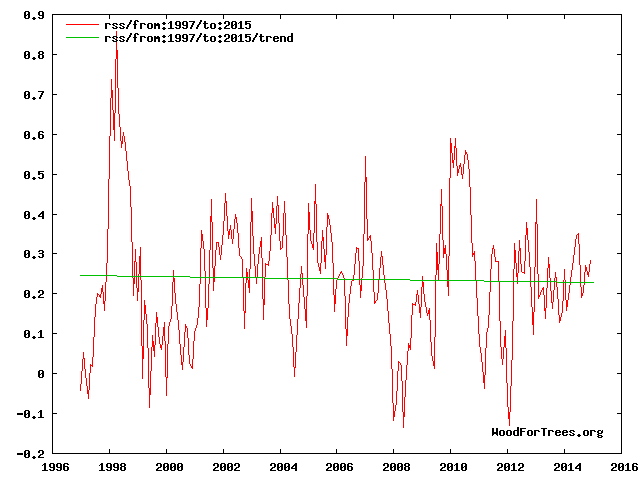 Before we start, let's get one thing clear. Climate Change is natural. Climate has been changing since time immemorial.

When the planet was warming, we were warned of man-made global warming (AGW). However, whether for reasons of attempted confusion or deliberate deception or brevity, the alarmists morphed (man made) global warming into just plain Global Warming.

However, I believe that the primary causes of climate change are natural. And, from a study by Harvard University, it has been shown that young American people think the same. (link)


In fact, the age group that least agreed with the first statement  (“Global warming is a proven fact and is mostly caused by emissions from cars and industrial facilities such as power plants”) was that of 18 to 20-year-olds. The assumption that younger adults are more liberal when it comes to global warming does not hold up; if anything, they are even more skeptical.

Consequently, young Americans are often unsupportive of government measures to prevent climate change that might harm the economy. Less than a third of those surveyed agreed with the statement, “Government should do more to curb climate change, even at the expense of economic growth,” and only 12 percent strongly agreed with it.

Why should they "believe" in man-made global warming. There has been no warming throughout their young lives.

Now the true deniers, the alarmists, the pushers of the AGW hoax, say that it is cherry-picking to start, as in the above graph, at 1997. They say if you chose an earlier date, say 1995, the result would be different.  It might show a little rise. 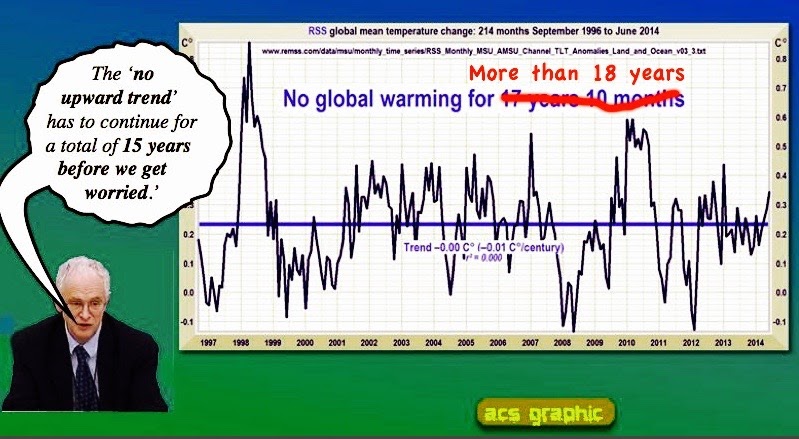 However, Phil Jones, the head of the Climate Research Unit, made two statements from the beginning of the hiatus: (link)


Dr. Phil Jones – CRU emails – 5th July, 2005  “The scientific community would come down on me in no uncertain terms if I said the world had cooled from 1998. OK it has but it is only 7 years of data and it isn’t statistically significant….”

He said that no upward trend for a period of 15 years (or more) would be a worry. That means the latest 15 years.

The top graph above shows a slight downward trend for the latest 18 years. No cherry picking. It is the LAST 18 years.
Posted by Geoff on April 30, 2015 3 comments: