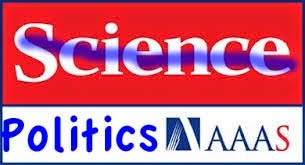 Appeals to authority are not valid arguments. It is entirely possible that the opinion of an institution or a person is wrong. The authority that such an institution or person holds does not have any intrinsic bearing upon whether the claims are true or not.


One common fallacy is the appeal to authority, where you assume that just because someone is an "authority," that they have to be right. For example, "Pope Urban VIII said that Galileo's views were wrong, so since I trust the Pope I'm going to agree with the Pope and say that the universe is actually geocentric." Sometimes the flaw is that the "authority" isn't actually authoritative in the topic in question - the Pope isn't an astronomer, the President of the US isn't a meteorologist, etc.

However, one would think that the various scientific bodies are authorities. But as, George and Ira Gershwin so succinctly put it:


"It Ain't Necessarily So"

The American Physical Society (APS) is the world's second largest organization of physicists,
behind the Deutsche Physikalische Gesellschaft.

In 2007, the APS issued a statement supporting the AGW hoax, but many members said they didn't support the statement.

In November 2009, 80 current and past members of the American Physical Society presented a letter to the society specifically objecting to the society's position. A few days later, the APS Council overwhelmingly rejected a proposal to replace the climate change statement. On April 18, 2010, the APS reaffirmed the 2007 statement with commentary to provide further support. (link -Wiki)

This resulted in resignations from the society, including Nobel Laureate Ivar Giaever. (link)

An independent survey of members of the American Physical Society found that:


Barely half of American Meteorological Society meteorologists believe global warming is occurring and humans are the primary cause.

Now another brave scientist has come out and challenged a scientific body. Following yesterday's post on this blog of Daniel Nebert's Oregonian Opinion Piece, Science is never completely Irrefutable, today we publish Dan's letter to the American Association for the Advancement of Science.

As an AAAS Fellow since 1994, I am appalled by the AAAS' decision (neither consulting its membership nor the AAAS Fellows) to issue "a BLANKET ENDORSEMENT of 'Catastrophic Anthropogenic Global Warming' (CAGW) by this entire Professional Society".

Any "REAL scientist" (who has "ANY"consensus science and, more specifically, a POLITICAL AGENDA–––which has apparently been created to invoke fear and hysteria, and to push for higher taxes and a unified World Government, based on no scientific facts or data.

CAGW has nothing to do with The hypothesis-driven Scientific Method, but instead relies completely on computer-simulation models, and it seems that no one can admit that "prediction by any of these models has been proven (even one time) to be correct". Yet, more than $20 billion to $30 billion in the U.S. alone has been spent per year since the end of the 1980s ... on this bogus science field (to pay for salaries and more research money to "perform further computer simulations"). JUST THINK how much further the health of each American might improve, if this money ($500 billion to $750 billion) could be channeled into true, meaningful basic and clinical scientific research !

In the Science journal, there should be some venue for discourse on this issue ... (??) among AAAS Fellows, or all of AAAS, or all scientists of the Western World. If there is no such opportunity, my plans are to resign as an AAAS Fellow and stop subscribing to the Science journal, which unfortunately has become increasingly little more than a political rag these past several years.