Scepticism and burden of Proof

Don Aitken on his blog has a thought provoking piece titled:

Am I a sceptic? I think so.

What is it to be sceptical about something? My own meaning is that where I am not sure about something I think is important, and can’t reasonably be sure, I am sceptical about claims. That doesn’t mean I think it’s wrong, whatever it is; it is simply that I am not in a position to make a proper judgment. Some other person or organisation may be sure, but that is no real help to me. I need to make up my own mind about it, and for the moment I can’t. Therefore I don’t accept the proposition, at least for the moment. Quine would call it the state of ‘suspended judgment’, one of non-belief rather than of disbelief.

Don then moved on to " a neat little series of thoughts on the issue of scepticism on the Fabius Maximus website..."  by Marcello Truzzi (bold added)


In science, the burden of proof falls upon the claimant; and the more extraordinary a claim, the heavier is the burden of proof demanded. The true skeptic takes an agnostic position, one that says the claim is not proved rather than disproved. He asserts that the claimant has not borne the burden of proof and that science must continue to build its cognitive map of reality without incorporating the extraordinary claim as a new “fact”. Since the true skeptic does not assert a claim, he has no burden to prove anything. He just goes on using the established theories of “conventional science” as usual. But if a
critic asserts that there is evidence for disproof, that he has a negative hypothesis … he is making a claim and therefore also has to bear a burden of proof. (Marcello Truzzi, ‘On Pseudo-Skepticism’, Zetetic Scholar, 12/13, pp3-4, 1987) 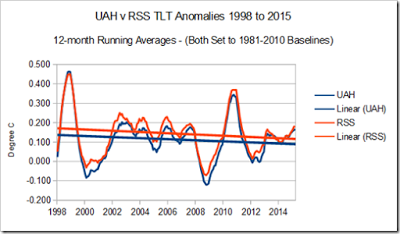 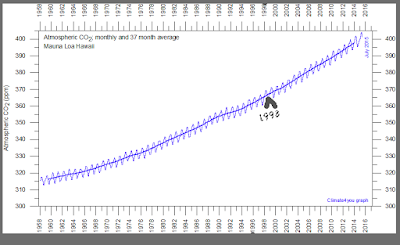 The Shrill have turned science on its head. They claim:


There is evidence that the rising temperatures are being caused by the increased CO2.

In that one sentence, there are several inaccuracies:

It hasn’t warmed since 1998. Longer according to McKitrick’s peer reviewed paper


Application of the method shows that there is now a trendless interval of 19 years duration at the end of the HadCRUT4 surface temperature series, and of 16-26 years in the lower troposphere.


..caused by the increased CO2.

During this time atmospheric CO2 has been steadily increasing.

There is no proof that man's CO2 emissions are causing runaway (or any) global warming.

Back to Truzzi (via Aitken)

Evidence is, then, a matter of degree, and not having enough results in a claimant’s not satisfying the burden of proof. It does not mean disconfirmation of the claim. The proof is insubstantial, and the claim is unaccepted rather than refuted. The claimant is, in effect, told either to give up or go back to find stronger evidence and arguments for a possible later day in the court of science. As a practical matter, an unproved fact is a non-fact.

There is a lot of Popper and Khun in all this, which Truzzi concedes, but the Truzzi essay is well worth reading by those who think of themselves as ‘sceptics’, because he brings all of the various insights into a clear and sensible summary.

I am also sceptical that anyone will do anything to change the orthodoxy, either, which is a bit sad. Wegener’s theory of ‘continental drift’ was pooh-poohed by geologists almost everywhere, but a generation later (after his death) was resurrected as ‘plate tectonics’, and is now accepted as good theory. It may take a generation before ‘climate change’ theory is finally buried, at least in the form that humans are responsible for global climate. We’ll have something else to worry about by then, and I won’t be writing posts like this — or at all!