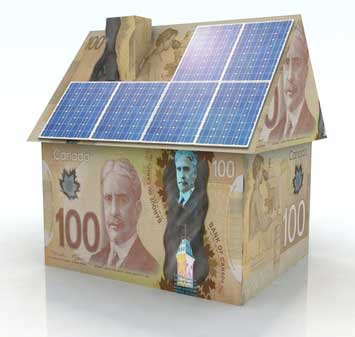 Britain's solar boom is over after ministers announced they would offer virtually no subsidies for people to install panels on their homes.

In a surprise move, ministers on Thursday said that they plan to slash the amount of money given to families who put solar panels on their homes.

Under the new proposals, the amount paid to homeowners under the “feed-in tariff” from next year will fall by nearly 90 per cent. Experts said that it will lower the payments to households by around £192  (AU$ 412) a year.


Critics say the scheme, which was heavily pushed by energy firms, enables wealthy families to rake in subsidies paid for by many who are already struggling with their energy bills.

Renewables are really not viable without subsidies.


Last week, a source at the Department for Energy and Climate Change (Decc) told the Telegraph: “[Energy secretary Amber Rudd] is determined to get a grip of these out-of-control subsidies and make sure that hardworking billpayers are getting a fair deal.” Decc did not respond to a request to clarify or confirm the comments.