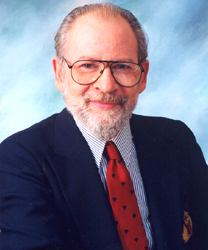 We have just received some sad news. Alan Caruba, creator of a blog called Warning Signs, passed away on June 15th. He was in his 77th year. He was active until the end, his last column being published on "Warning Signs" on June 11.

Alan graciously let us re-published many of his columns regarding the man-made climate change hoax on this blog. He often said that we were making him famous down-under. After one republished column, he wrote:


I can barely read the news out of Australia whose leaders are taking your nation in the most disastrous directions, typical of the liberal distaste for reality on a range of issues.

Keep up your efforts. Eventually the message will reach enough people to turn things around. The effort continues here in the US. Cheers,  Alan C.

I know that  "Eventually the message will reach enough people to turn things around," yet I am sad that Alan did not live to see it.  However, as Judi McLeod, wrote in an obituary for the Canadian Free Press:


Some people leave behind legacies that go on forever after their life on Earth.  These are the ones far too lively for an ordinary obituary.

Patriot, writer and veteran of the United States Army,  Alan Caruba is one of those rare souls who soldier on in the human heart long after they’re gone.