Global warming causing hot dogs to slip out of buns 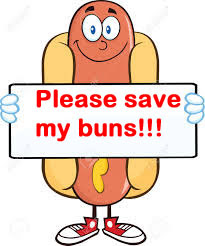 For a long time there has been a list of "Things Caused by Global Warming." (link)
The lists keeps growing and, as the December Paris UNFCCC Cop21 approaches, you can be sure of the Shrill adding a few more doozies to supplement the list.

Some crazy additions have been
Much more of this foolishness at Number Watch.

The latest idiocy from the Shrill is Bread will be smaller in future.  Really?  Surely, if the baker uses lust a little more dough the loaf won' t get smaller.


But wait! What causes bread to rise?   Why it's our old friend, vital-to-life carbon dioxide (CO2). 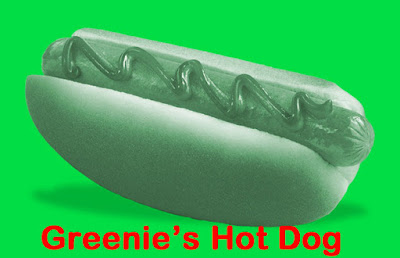 
We know that global warming is a big threat.  Oh, it may help us with our mummy problem, and be a boon for great tits, but it causes more problems than it solves – shrinking horses, causing seals to be oversexed, causing poison ivy to become even itchier, making trees less colorful,  making trees more colorful, making reptiles walk uphill, destroying opium in Afghanistan, and even increasing cannibalism to unacceptable levels, with that last prediction courtesy of former CNN founder and exotic diner Ted Turner.

And now it turns out that global warming is causing a new problem: it is shrinking the size of our buns.

The implications for this are manifold.  With smaller bread, buns will be smaller, and hot dogs will slip out of buns.  Salsa dripping from smaller tacos and burritos will create slip and fall hazards, and predictably, areas with undocumented migrants will be hardest hit.  And what are we going to do when sandwiches become more wich than sand?