MY LETTER  TO SIR PETER GLUCKMAN

I have just sent this letter to Sir Peter Gluckman, the Chief Scientific Adviser to the  New Zealand Government.

I would like to comment on the speech Trusting the Scientist  published at http://www.pmcsa.org.nz/blog/trusting-the-scientist/ a summary of which you delivered to the recent seminar Scientists Speak Out organised by the New Zealand Association of Scientists.

You begin with the following statement:

It is instructive here to consider what the public role of science has been until now. For much of history beyond the classical period, the answer is a simple one: little or none.   Or so it was, at least up until the modern inter-war period, and even then it was rather limited until perhaps the late 1980s. Before then the scientist with a media profile was, too often, looked upon with suspicion by his or her colleagues. 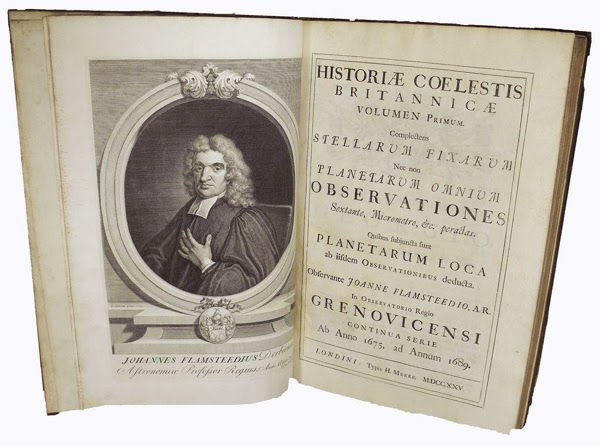 Surely science has always had a vital public role if you interpret science to mean the  discoveries which are the basis for the many technologies which have led to the progress of human race. You seem to accept the existence and importance of the early science which culminated in ancient Greece and was the main influence throughout the Middle Ages. Modern science is regarded as beginning well before the 1980s with Copernicus, Kepler Galileo and Newton.

Early astronomy had always been professional. In Britain King Charles the second who founded the Greenwich Observatory in 1675 appointed the first Astronomer Royal John Flamsteed.

The King had already founded the Royal Society of London in 1663. In 1714 the British Government offered a prize for a simple practical method for determining longitude. Isaac Newton was one of the administering Committee. The story has been told in the book by Dava Sobel. The winner, John Harrison competed with the Astronomer Royal Nevil Maskelyne. One of Harrison's chronometers  was used by Captain Cook on his second voyage in 1772.

The French Revolution set up a committee which led to the metric system in 1799. A shame they did not do a better job on the calendar.

Weather Forecasting has a long history. The British Government set up its Meteorological Office in 1854 with Admiral Robert Fitzroy, former Governor of New Zealand. Its first gale warning for ships was 1859, Fitzroy was a mathematician and cartographer who believed in scientific measurements. He even designed a barometer.

You might note that the New Zealand Weather Service is by far the most popular scientific TV programme. It presents the climate of the entire earth every night and it enjoys the trust of everybody who consults it.

Scientists had a positive media profile when I grew up. Ernest Rutherford attracted crowds to his lectures. My school took us regularly to the lectures at the Royal Institution where we were introduced to the wonders of science.

I recently bumped in to a former colleague in the DSIR Chemistry Division who made a comment on how the public rang up the DSIR on any subject and had absolute trust in the reply. Hamish Campbell at the Seminar showed how he helped people with geological questions today.

So we now have to get down to what was the elephant in the room at the NZAS Seminar. Why is it that some scientists today are not trusted?

Everybody there knew the answer to this but nobody dared to mention it.

The truth is that many people are beginning to believe that some of the statements from scientists who are involved with climate change are deliberate liars.

I will give you some examples.

Some weeks ago the Dominion Post had a front page spread with a map showing how Wellington will soon be overwhelmed with  a rise in sea level. This was inspired by climate scientists.

Now there are no science journalists nowadays, so it did not occur to the presenter to enquire whether there is any evidence for this coming disaster. He did not know, for example that there is a tide gauge in Wellington harbour which has shown a fall in the sea level for the past ten years, and there are similar measurements all over New Zealand which provide no reason for imminent action.

Most people probably fell for the scare as their knowledge of science was insufficient to find out  the facts.

But there are many local residents on our coasts whose experience has shown them that sea level is not rising, so they have been disturbed by demands from local Councils that they must immediately upgrade their coastal defences or vacate their properties because of the advice of climate scientists to the Council that urgent action is needed. Some have succeeded  in reversing this nonsense, But their opinions of scientist have taken a dive.

The same thing has happened in the Pacific Islands. In 1991 the Australian Government established an elaborate programme for monitoring sea level in 12 Pacific Islands using state of the art equipment called Seaframe. There has been little or no change in sea level in any island  since then, particularly after GPS levelling was introduced in 2000.

Yet everybody believes the islands are about to fall into the sea.  This belief suits the Island Prime Ministers since it attracts aid and ease of emigration. But why does the New Zealand Government endorse this lie?

Then, we continue to be drenched with stories claiming the continued effects of global warming. Yet the preferred technique for assessing this property the Mean Annual Global Surface Temperature Anomaly Record which has been used to claim global warming in all previous IPCC Reports has now  been practically constant with little change for over 18 years. The excuses they give are pitiful. The change is decadal, when we already have nearly two decades. Then it is natural variability when they have  previously assumed that this was not involved  the temperature rise. Only now it matters.

The Climate Models which are supposed to give projections and not predictions consistently fail to agree with current global or  lower atmosphere temperature measurements.

Your own climate paper features the  claim that the Arctic ice is melting: when it is largely influenced by ocean currents, but you do not mention the Antarctic continent which now has record amounts of ice.

The UK Met Office which has been taken over by Climate Change people has consistently predicted warm winters when there are record cold ones. The recent US snowstorm led to protests by people wondering where the global warming had gone.

Your speech showed no sign that you would do anything about its subject except to encourage the rogue scientists to promote their lies, on the Dr Goebbels Principle that maybe people will believe them if they are repeated enough.