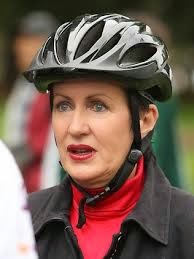 Clover Moore, Lord Mayor of the City of Sydney, has written an opinion piece published by the Huffington Post. (link)


Consumers remain wary of the cars' limited range, higher price and the logistics of battery-charging. But for those who do own an electric car, at least there is the consolation that it's truly green, right? Not really.

...sure, electric cars don't emit carbon-dioxide on the road. But the energy used for their manufacture and continual battery charges certainly does—far more than most people realize.

Reminds me of the quote from Bertolt Brecht:


What a miserable thing life is: you're living in clover, only the clover isn't good enough.


The shameful truth is that the slow response to this urgent issue means some climate change is now inevitable.

We have the highest greenhouse emissions per capita in the developed world....

Yes, Clover, but we are a large, sparsely-populated country. The following table confirms Clover's per capita statement but when you compare our actual emissions with other countries, we are way down at position 17.


Commitments from national governments are the crucial foundation for keeping us below a 2-degree-temperature rise.

Well, Clover, the data sets from both bodies recording the satellite data show COOLING this century.

So, the Global Temperature is COOLING.

Fortunately, a number of mayors are leading the way, and those who are taking action are seeing the economic and health benefits of investing in sustainable climate solutions.

Actually, the mayors are leading the waste of ratepayers funds on addressing a non-existent problem.