Why the West is losing the War against Islam.

I have written about the myth of the moderate Muslim. Despite this the West, its political leaders, its media and academics persist in apologising for Islam. 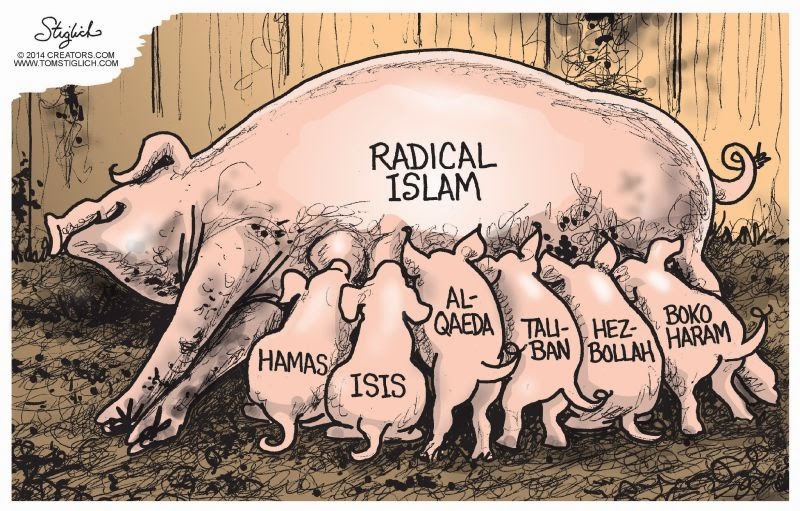 In this writer’s opinion Islam is an invading force which has a parasitic effect on its non-Muslim host, eroding the values and society of the host from within by implacably opposing and destroying those values and replacing them with Sharia, the values of Islam.

For Islam, there are only two types of people in the world, Muslims and non-Muslims. Regardless of whatever internecine warfare and conflict occurs within Islam that is the united approach by all Muslims towards non-Muslims. Muslims live within the Ummah, non-Muslims, Kafirs do not and it is the duty of every Muslim to spread the Ummah.

In reality the only moderate Muslim is an apostate, a Muslim who has renounced their allegiance to Islam. One such apostate is Alisina who has provided an indictment of why the West is losing against Islam: (source)

Since the 9/11 attack on New York and the Pentagon in 2001, there have been close to 25,000 terrorist attacks worldwide, all of which were perpetrated in the name of Islam. That is about 5 terrorist attacks every day. So far two million people have been killed and a similar number are maimed and injured. These attacks are becoming more frequent. Yet something is not changing.

This tune is replayed every time there is a terrorist attack. The narrative never changes, despite the unequivocal assertion of the terrorists themselves who make it clear they are motivated by the teachings and examples of their prophet and his promise of virgins. Methinks, the record of history is broken. How else can we explain that after a repetition of 25,000 times one would not question the validity of this narrative?

Methinks Alisina is right. The West could destroy Islam tomorrow but is constrained by the very qualities which make the West an infinitely better system than the one offered by the cult of Islam: the West is tolerant, respectful, based on individual rights and fairness. Islam is none of those. But the West is also self-indulgent; some hard decisions have to be made and there is a lack of capacity in the West to make those decisions. Those decisions should be based on rectifying the problems described in Alisina’s summary.