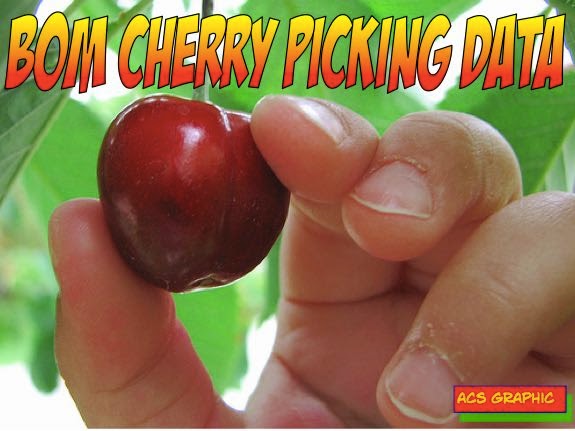 At the beginning of every year, as regular as clockwork, we get several alarmist reports.

First, the much refuted "Last year XXXX was the warmest ever."

Then we get the disaster report jointly issued by CSIRO/BoM. Science Fiction.

Quote from this year's report: (link)

(3rd)  Warmest Year on Record? A few sentences later there is a qualification:


2014 was Australia's third-warmest year since national temperature observations commenced in 1910.


The Bureau of Meteorology has reported that 2002 through 2005 were the warmest summers in Sydney since records began in 1859.

As Scientist Jennifer Marohasy wrote to Bob Baldwin , Parliamentary Secretary for the Minister to the Environment: (link)


Start the official record from 1880, not 1910, thus including the hot years of the Federation drought (1895-1903).   To suggest this is impossible because there were no Stevenson screens before 1910 is inconsistent with the historical record, which shows there were even Stevenson screens installed at locations in Western Australia from 1880.

Hmmm...and they accuse US of cherry-picking!

How about the BoM's recent work? 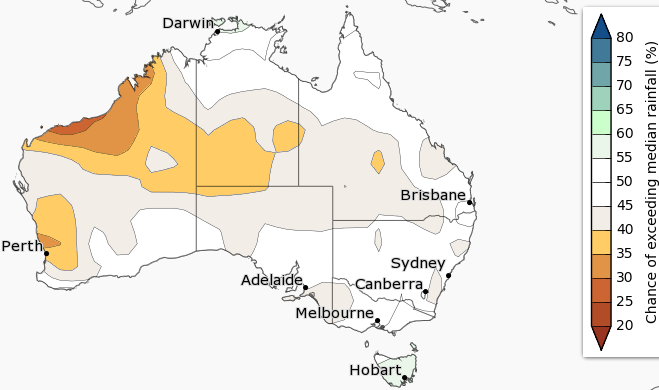 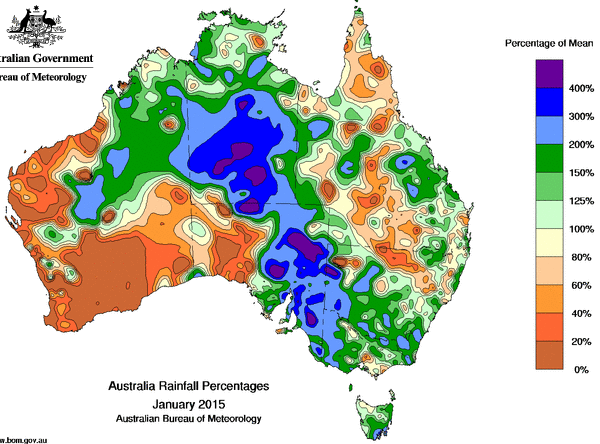 And again, from Warwick Hughes:

Maps tell the story – first the Outlook prediction for a hot January: 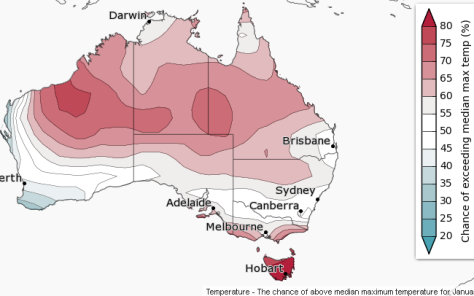 Then the real world result: 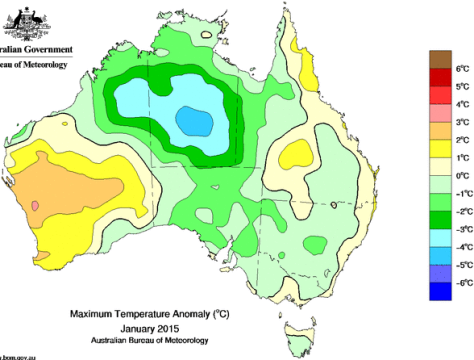 Projected to Actual- does not give one much faith in the Bureau of Meteorology.