The Moral Case for Fossil Fuels (link) is a new book by Alex Epstein:

You’ve heard that our addiction to fossil fuels is destroying our planet and our lives. Yet by every measure of human well-being life has been getting better and better. This book explains why humanity’s use of fossil fuels is actually a healthy, moral choice.

“You Must Make a Lot of Money”

“You’re an environmentalist, right?” the girl, college age, asked me.
It was 2009, in Irvine, California. I had stopped at a farmers’ market
near my office for lunch, and she was manning a Greenpeace booth
right next to it.

“Do you want to help us end our addiction to dirty fossil fuels
and use clean, renewable energy instead?”

“Actually,” I replied, “I study energy for a living—and I think it’s
good that we use a lot of fossil fuels. I think the world would be a
much better place if people used a lot more.”

I was curious to see how she would respond—I doubted she had
ever met anyone who believed we should use more fossil fuels. I was
hoping that she would bring up one of the popular arguments for
dramatically reducing fossil fuel use, and I could share with her why
I thought the benefits of using fossil fuels far outweighed the risks.

But fossil fuels cause climate change, she might have said. I agree,
I would have replied, but I think the evidence shows that climate
change, natural or man-made, is more manageable than ever, because
human beings are so good at adapting, using ingenuity and
technology.

But fossil fuels cause pollution, she might have said. I agree, I
would have replied, but I think the evidence shows that ingenuity
and technology make pollution a smaller problem every year.

But fossil fuels are nonrenewable, she might have said. I agree, I
would have replied, but I think the evidence shows that there are
huge amounts of fossil fuels left, and we’ll have plenty of time to use
ingenuity and technology to find something cheaper—such as some
form of advanced nuclear power.

But fossil fuels are replaceable by solar and wind, she might have
said. I disagree, I would have replied, because the sun and the wind
are intermittent, unreliable fuels that always need backup from a
reliable source of energy—usually fossil fuels, which is the only
source of energy that has been able to provide cheap, plentiful, reliable
energy for the billions of people whose lives depend on it.

But she didn’t say any of those things. Instead, when I said I
thought that we should use more fossil fuels, she looked at me with
wide-eyed disbelief and said, “Wow, you must make a lot of money.”

In other words, the only conceivable reason I would say that our
use of fossil fuels is a good thing is if I had been paid off by the fossil
fuel industry.

Even though this wasn’t true, I understood why she thought it. It
is conventional wisdom that our use of fossil fuels is an “addiction”—
a short-range, unsustainable, destructive habit.


“Epstein explains in philosophical terms how the public has been duped by the likes of Paul Ehrlich, John Holdren, Amory Lovins, and Bill McKibben for decades. Their real agenda has never been to save the world but instead to promote an idyllic view of nature untrammeled by humans. They have fooled the public into fearing fossil fuels, by focusing only on the risks of fossil fuel usage to mankind and nature, while ignoring all the benefits.”

In Chapter 9: WINNING THE FUTURE, Epstein talks of a debate with Bill McKibben. He says that he will argue that the use of fossil fuels is moral whilst McKibben will say their use is immoral. Epstein paid McKibben $10,000 for the privilege of debating him. (See Youtube below) (Epstein made the payment, not BigOil for those who will nudge-nudge, wink-wink.)


As you read this, there are millions of people in the fossil fuel industry working to produce more energy to give us more ability to flourish, but their freedom to produce energy and our freedom to use it are in jeopardy......There is a real, live, committed movement that truly wants to deprive us of the energy of life. 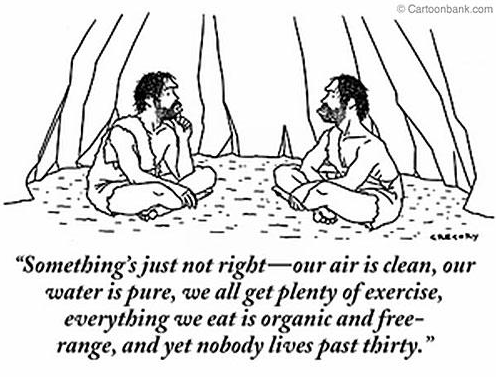 
The book also briefly but effectively skewers all standard forms of renewable energy, including wind, solar, and biofuels (but not hydropower), explaining they are useful for niche applications but utterly unable to supplement fossil fuels in the electric grid or for transportation.And yet our political leaders propose massive restrictions on fossil fuels with the promise that these inferior technologies will replace them. This reflects either an ignorance of (perhaps willful) indifference to the need for efficient, cheap, reliable energy for 1.3 billion people without electricity and more than 3 billion who do not have adequate electricity.

Some Thoughts on the book:

“If you want to see the power of fine logic, fine writing, and fine research, read Epstein’s book. In my long career, it is simply the best popular-market book about climate, environmental policy, and energy that I have read. Laymen and experts alike will be boggled by Epstein’s clarity.”
—PATRICK J. MICHAELS, director, Center for the Study of Science, Cato Institute

A must read for those who have been duped by Green "ideology." For more - see Alex Epstein's Thinktank The Center for Industrial Progress.

Below is the debate Between Alex Epstein and Bill McKibben which led to the book: