The Bureau of Meteorology, BOM, is wrong. 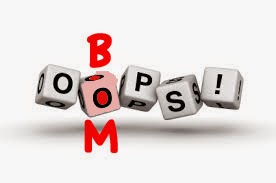 The BOM is the source, along with the CSIRO, of the science which supports government policy about the lie of AGW. The BOM makes regular forecasts. These forecasts are also regularly wrong.

Perhaps the most abysmal failure of the BOM was their failure to predict the severity of the 2010/11 QLD floods which were greatly acerbated by the Wivenhoe dam operator’s failure to have the dam prepared for floods instead of drought which had been forecast by the BOM. Many people died as a result of the failure of BOM’s forecasts. What a disgrace!

More recently the BOM made an absolute fool of itself telling the press which broadcast it far and wide that the QLD drought was the worst in 80 years. As Jo Nova and Ken Stewart note the BOM was only wrong by 71 years! Naturally the ABC, which ran with the original story, will not print a retraction.

And then there was the hottest ever temperature in Alice Springs which again made headlines and the latter admission by the BOM that they could not read a thermometer correctly. This time the ABC did report on the mistake, if over reading a thermometer by 4.5C can be called a mistake. But even then the ABC could not help itself and headlined its article with a big red graph.

Finally, the BOM made this prediction about the summer of 2014/15:

The Bureau of Meteorology (BOM) long range outlook predicts the north-east of NSW is looking down the barrel of a long hot summer.

The latest Climate Outlook released today, Thursday November 27, 2014 suggests the region can expect a hotter and drier Summer than average.

Senior climatologist Catherine Ganter said the two months to the end of January are expected to be affected by El Niño like conditions.

"Our outlook for Summer shows a drier than normal season is more likely," he said.
"Temperature wise we also have warmer than normal daytime and night time temperatures.

"We're sort of somewhere between neutral conditions and El Niño.

"But regardless it's biasing us towards a warmer and drier period."

Ms Ganter said there is little joy for people on the land or dependant on rainwater tanks.She said temperatures are expected in the region to be higher than average in the next two months and rainfall below average.

"Unfortunately it's not the best outlook," she said. 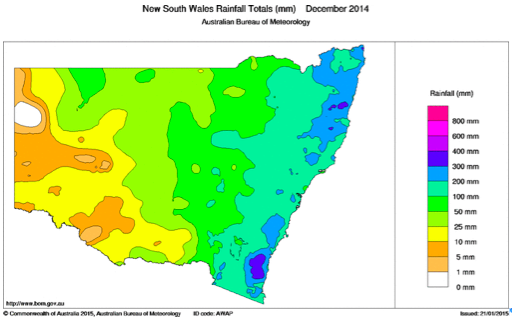 How much longer are we going to accept the BOM being an advocate for AGW and failed science?

A Bomb up the BoM's Bum is needed. 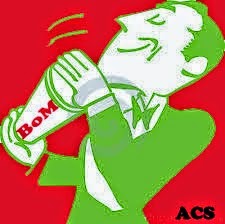