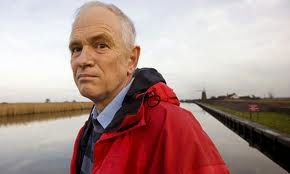 Top climate scientist, Phil Jones, who is closely associated with the IPCC, told the BBC:

Therefore increased emission of  CO2  DID NOT increase the warming rate since all three were statistically the same. 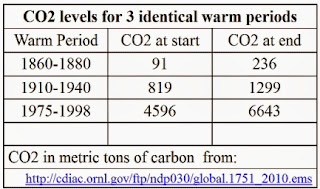 An initial point to make is that in the responses to these questions I've assumed that when you talk about the global temperature record, you mean the record that combines the estimates from land regions with those from the marine regions of the world. CRU produces the land component, with the Met Office Hadley Centre producing the marine component.

Temperature data for the period 1860-1880 are more uncertain, because of sparser coverage, than for later periods in the 20th Century. The 1860-1880 period is also only 21 years in length. As for the two periods 1910-40 and 1975-1998 the warming rates are not statistically significantly different (see numbers below).

So, in answer to the question, the warming rates for all 4 periods are similar and not statistically significantly different from each other.

Reblogged from Jim Karlock's Sustainable Oregon
Posted by Geoff on November 14, 2014 No comments: