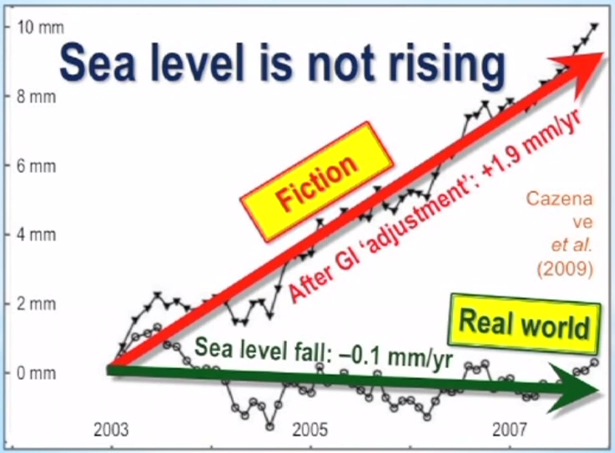 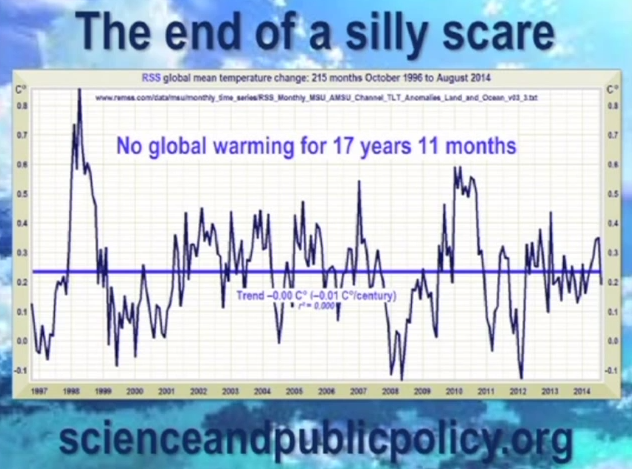 Review and Audit of Bureau of Meteorology needed 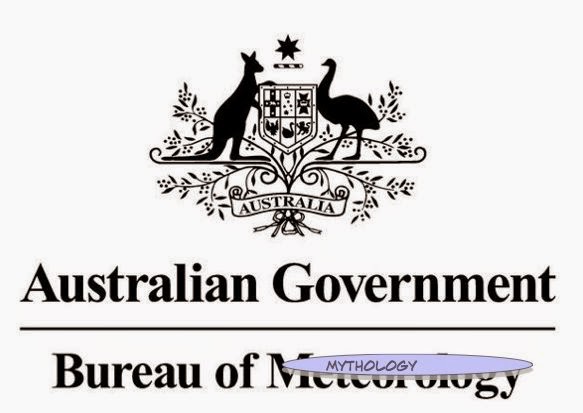 Maurice Newman, writing for the Australian, calls for a probe into the Bureau of Mythology er Meteorology.

He starts by mentioning that the Mayor of London, Boris Johnson blamed London's "pre-Christmas transport chaos on the Met Office" and noted that Piers Corbyn of Weather Action did much better than the Met Office.


"The head of climate monitoring and prediction ser­vices at the Bureau of Meteorology boasted about a policy that “snows” sceptics."

This was from the ClimateGate II emails. (From Andrew Bolt - Link)


Thanks Phil for the input and paper. I will get back to you with comments next week. Fortunately in Australia our sceptics are rather scientifically incompetent. It is also easier for us in that we have a policy of providing any complainer with every single station observation when they question our data (this usually snows them) and the Australian data is in pretty good order anyway.

Truth be know, climate change here is now running so rampant that we don’t need meteorological data to see it. Almost everyone of our cities is on the verge of running out of water and our largest irrigation system (the Murray Darling Basin is on the verge of collapse - across NSW farmer have received a 0% allocation of water for the coming summer and in Victoria they currently have 5% allocations - numbers that will just about see the death of our fruit, citrus, vine and dairy industries if we don’t get good spring rain).

The odd things is that even when we see average rainfall our runoffs are far below average, which seems to be a direct result of warmer temperatures. Recent polls show that Australians now rate climate change as a greater threat than world terrorism. Regards, David


How did this man keep his job? Hasn't he been shown to be either scientifically incompetent or wilfully negligent?


Doctoring data or throwing inquirers off the track to deliver an outcome is unscientific and unacceptable at any time. Yet in climate science there seems to be a culture of toleration. In 2009 John Theon, retired chief of NASA’s Climate Processes Research Program, testified to a US Senate inquiry that “scientists have manipulated the observed data to justify their model results”.

Fast forward to today. This newspaper’s environment editor, Graham Lloyd, published information that raises questions about the quality of Australia’s temperature records.(see links via Jennifer Marohasy -HERE) In a series of articles, Lloyd published details about the Bureau of Meteorology’s data “homogenisation”, the practice that involves the mixing, matching and deletion of temperature records and that seemed to create its own discontinuities. The bureau claims to observe world best practice. Perhaps. But homogenisation practices globally are under challenge, so conformity provides little comfort. If temperature manipulation can happen somewhere, why not elsewhere

Mr Newman explains that the BoM employs 1700 people and costs more than $300Million a year.


The memory of Climategate and its casual approach to celsius conversion, lingers. It should explain why homogenisation consistently turns cooling trends to warming and why pre-1910 records were dropped and, with them, the extreme heatwaves of the Federation drought.

The record is error-ridden. Even to an amateur, the latest information dump prompts more questions than answers. The concerns about Rutherglen raised by Lloyd as to why a 0.35C cooling became a 1.73C warming still have no satisfactory explanation. No supporting documentary evidence, algorithms or methodology have been produced, leaving the unfortunate impression that temperature records were falsified.


Nothing short of a thorough government-funded review and audit, conducted by independent professionals, will do.

The debate is (almost) over; the Alarmists lost

John Hinderaker, writing for Powerline, has a piece with the title: 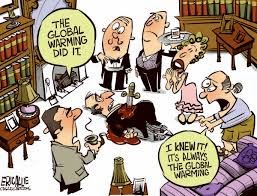 It isn’t quite true to say that the science is settled–climate science is in its infancy, and we have only a poor understanding of the Earth’s climate. Just about every proposition is controversial. But we are very close to being able to say that, as to global warming alarmism, the debate is over and the alarmists have lost. (I mean, of course, the scientific debate, not the political one, which never had much to do with science in the first place.) (bold added)

The amazing point is that as the evidence piles up debunking the falsified man made global warming hypothesis, the Alarmists push more and more ridiculous scares: e.g.


And all this happening despite 18 years hiatus in Global Warming.

The problem for alarmists is that contemporary research doesn’t support any such scenario. The most recent nail in the alarmists’ coffin is a paper by Nic Lewis and Judith Curry titled “The implications for climate sensitivity of AR5 forcing and heat uptake estimates,” which concluded that the best estimate of equilibrium climate sensitivity is 1.64 degrees C. Lewis describes the paper’s methodology here, and you can follow the link to the paper and read it for yourself.

The Lewis/Curry paper is consistent with recent scholarship, which pretty universally finds that the UN’s IPCC projections are far out of line.


Nic Lewis and Judith Curry just published a blockbuster paper that pegs the earth’s equilibrium climate sensitivity—how much the earth’s average surface temperature is expected to rise in association with a doubling of the atmosphere’s carbon dioxide concentration—at 1.64°C (1.05°C to 4.05°C, 90% range), a value that is nearly half of the number underpinning all of President Obama’s executive actions under his Climate Action Plan.

The publication of the Lewis and Curry paper, along with another by Ragnhild Skeie and colleagues, brings the number of recent low-sensitivity climate publications to 14, by 42 authors from around the world (this doesn’t count our 2002 paper on the topic, “Revised 21st Century Temperature Projections”).  Most of these sensitivities are a good 40% below the average climate sensitivity of the models used by the U.N.’s Intergovernmental Panel on Climate Change (IPCC).