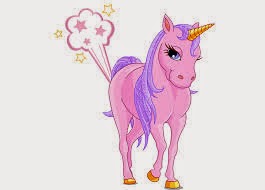 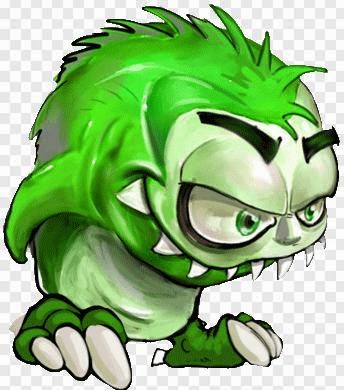 Temperature is the degree of hotness or coldness of any substance. Ir may be thought of as the average degree of mechanical and vibrational energy of the molecules.

The most important climate property for establishing the theory that climate is influenced by so-called greenhouse gases is the global temperature which is considered to increase with increases in human induced emissions and therefore to cause “warming.”

Unfortunately a scientifically established global temperature does not exist  so it is also not possible to know whether it is increasing or decreasing.1,2.

Essex et al1 have explained this as follows

Physical, mathematical and observational grounds are employed to show that there is no physically meaningful global temperature for the Earth in the context of the issue of global warming. While it is always possible to construct statistics for any given set of local temperature data, an inﬁnite range of such statistics is mathematically permissible if physical principles provide no explicit basis for choosing among them. Distinct and equally valid statistical rules can and do show opposite trends when applied to the results of computations from physical models and real data in the atmosphere. A given temperature ﬁeld can be interpreted as both “warming” and “cooling” simultaneously, making the concept of warming in the context of the issue of global warming physically ill-posed.

Temperature is an intensive property. It can only be defined as a property of a uniform substance.

Thermodynamic variables come in two varieties: extensive and intensive. Extensive variables are proportional to the size of the system. They are additive. In this category we ﬁnd volume, mass, energy, entropy, particle number etc. We can combine two systems and the values of extensive variables for the whole system will simply be the sum of the values from the two components. Correspondingly a mean subsystem (loosely called the average) will have this sum divided by the number of components. Such an average over a quantity like mass is meaningful because the sum is meaningful. For example average mass is of importance to airlines because it is helpful to estimate the total load of an aircraft without having to weigh every passenger.

Intensive variables, by contrast, are independent of system size and represent a quality of the system: temperature, pressure, chemical potential etc. In this case combining two systems will not yield an overall intensive quantity equal to the sum of its components. For example two identical subsystems do not have a total temperature or pressure twice those of its components. A sum over intensive variables carries no physical meaning. Dividing meaningless totals by the number of components cannot reverse this outcome. In special circumstances averaging might approximate the equilibrium temperature after mixing, but this is irrelevant to the analysis of an out-of-equilibrium case like the Earth’s climate.

No point anywhere in the climate is ever in equilibrium. The only temperatures that exist are therefore transient infinitesimal increments of the surface and of the atmosphere which are constantly changing. There is never a single or an average temperature, only a  transient temperature field. A physical model of the climate which assumes equilibrium can only be considered to be valid on a transient basis and can only be useful for forecasting if combined with records and opinions of its likely future changes. This is essentially the procedure carried out for weather forecasting.

Geologists climatologists and meteorologists have made attempts to derive rough estimates of trends in global surface temperatures .from orbital and sun variability. fossil remains, tree rings, varves and historical evidence. These may be regarded as proxy temperatures. They are only partially based on actual scientific measurement and those that are used are often from unrepresentative samples. They have no scientifically plausible accuracy or bias estimates but they may represent collective opinion, often of self-styled experts. and are subject to the same differences of opinion as those shown amongst historians

An example from 1975 is from Stanley3

The 1990 Report of the Intergovernmental Panel on Climate Change gave a very useful summary of the then current opinions4 from a large number of references.

Most Meteorologists realise that temperatures cannot be averaged, but they have the task of forecasting local temperature, so they trap a sample of the surface in a screen away from sunlight and buildings, to register the maximum and minimum temperature each day and use them to forecast future temperature using a computerised numerical model which can only forecast future temperatures with an accuracy of ±2ºC with a bias of ±1ºC   for a week or so ahead (See My Newsletter No 328 LINK). Poor standardization of instruments and procedures limits past accuracy.

The so-called Daily Mean Temperature, the mean of the maximum and minimum, is not a genuine average but merely a guide to local range.

The IPCC has manipulated this unreliable average from weather stations and sea surface readings to provide the Mean Global Surface Temperature Anomaly Record (MGSTAR) which they use as a proxy for global temperature.

It is a record of temperature anomalies not a temperature record, and each point is the result of a manipulation process from a different number of unrepresentative unstandardized readings. No plausible estimate of accuracy is possible but it is likely to be greater than the ±2ºC and ±1ºC currently possible from weather forecasts.

Like all proxies its value depends on the extent to which recognised experts and the general public are prepared to accept it. It cannot be validated by any scientific procedure and the IPCC does not claim that it can be, unless everything but temperature can be assumed constant. It cannot provide forecasts, but only projections which are evaluated by  scientists who depend for their income and career on the IPCC.

The current version of the Hadley CRUT MGSTAR  finds a temperature anomaly of a mere 0.49ºC since 1850. This is well below tje accuracy of a weather forecast or of an individual thermometer reading, and it is a matter of amazement that it can be used to justify the wholesale disruption of the world energy supplies which is used by claiming that such a change could be disastrous.

A similar proxy sequence has been derived from satellite measurements of the microwave  spectrum of oxygen in various segments of the atmosphere (Microwave Sounding Units. MSU). The segment of the upper troposphere represents global trends from 1958.

There have been several times of controversy when these two systems disagreed. Now they are almost identical.

And their most important feature is a lack of temperature trend for the past 17 years proving that the greenhouse theory is worthless.

Where they have the foolishness to regard a temperature with three places of decimals as of importance.

The MAGSTAR has been the object  of various doubtfully justified attempts to make its trend greater, over the years with little apparent success, to the extent that there has been  a negligible trend for the past 17 years. This has led the IPCC to argue that a trend should be calculated from decadal rather than annual temperature anomalies. If this does not work we may have to wait for whole centuries before we can become confident the the globe is really warming.

Vincent Gray
Posted by Geoff on September 04, 2014 No comments: