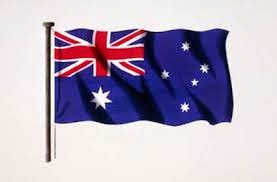 Australian National Flag Day, proclaimed in 1996 as a national day, celebrates the first time the flag was flown on 3 September 1901.  On that day Prime Minister Edmund Barton announced the winners of a competition to design a flag for Australia. A large flag, 5.5 metres by 11 metres, was flown over the dome of the Exhibition Building in Melbourne.  At that time the flag was known as the Commonwealth blue ensign; later, the flag became known as the Australian National Flag. (source)

“Under this flag we have found unity in our diversity and respect in our differences. Together, we have built a modern nation on the idea that all of us can get ahead provided we are prepared to “have a go”.


The Australian National Flag consists of three parts set on a blue field. The first part is the Union Jack, acknowledging the historical link with Britain. The second part is the Southern Cross (a constellation of stars only visible in the Southern Hemisphere), representing Australia's geographical location in the world. Finally, the Commonwealth Star represents Australia's federal system of government. Originally, the Commonwealth Star had six points (for the six states), but in 1908 a seventh point was added to represent the Territories of the Commonwealth of Australia.
Posted by Geoff on September 02, 2014 No comments:

The Russian word for truth is Pravda and Gary Novak, writing for Pravda.ru, exposes some of the truths, errors and frauds of global warming science. (Re-blogged from Pravda.ru) 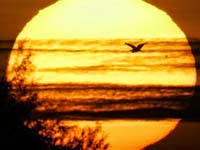