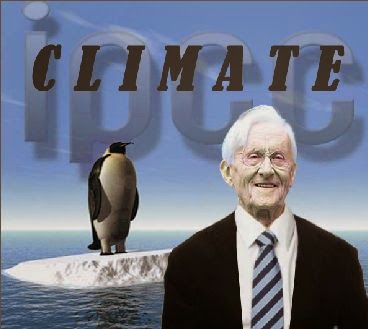 “The meteorological conditions, including temperature, precipitation, and wind, that characteristically prevail in a particular region.”

“the composite or generally prevailing weather conditions of a region, as temperature, air pressure, humidity, precipitation, sunshine, cloudiness, and winds, throughout the year, averaged over a series of years.”

The Oxford English dictionary has

“The weather conditions prevailing in an area in general or over a long period.”

The common feature of all these definitions is that CLIMATE is essentially local and is confined  to a particular region or area.

A region or area may be quite small (there is even such a thing as a microclimate) but in order to have a climate the region or area must be fairly uniform. Local climates can be very different and it is not possible to provide a meaningful global average. There is no such thing as a GLOBAL climate.

Climate involves an interrelationship with a large number of meteorological and geological influences. It is very difficult, even in a more or less uniform region, to derive a scientifically or mathematically acceptable average. Climate observations hardly ever comply with  requirements for uniformity and symmetry which are needed to make use of standard statistical models.  The observations are often irregular, bimodal or skewed. Attempts to apply the popular normal distribution often claim a false uniformity or run into problems with rare events for which there are too few samples to assess regularity. The term average, therefore, often applies only to a “range” or to an opinion as to what is typical, normal, or unusual.

Climate
“Climate in a narrow sense is usually defined as the average weather, or more rigorously, as the statistical description in terms of the mean and variability of relevant quantities over a period of time ranging from months, to thousands or millions of years. The classical period for averaging these variables is 30 years, as defined by the World Meteorological Organization. The relevant quantities are most often surface variables such as temperature, Precipitation and wind.”

But then we have the following

“Climate in a wider sense is the state, including a statistical description, of the climate system.”

This concept of climate is different from the dictionary definition and accepted meteorological practice. It is also claimed to include a statistical description.

“Climate system
The climate system is the highly complex system consisting of five major components: the atmosphere, the hydrosphere, the cryosphere, the lithosphere and the biosphere, and the interactions between them.

The climate system is actually a heat engine, The sun supplies radiant energy. the exhaust system is radiation to outer space, It provides yhe means for life on earth and changes to the five major components of the IPCC definition: the atmosphere, the hydrosphere, the cryosphere, the lithosphere and the biosphere, and the interactions between them .

No part of this climate system is ever in equilibrium. It can be considered to consist of a very large number of three dimensional infinitesimal elements, each with an array of climate properties which change perpetually. Such a system could not possibly be provided with an overall statistical description, either transitory, or as an average, for any period,  from  current technology..

Meteorologists already provide the best that can be done in supplying a statistical description of individual localities from numerical models for each individual area, locality, or region which is used to forecast future behaviour. Its success is limited by the reliability of the physics, and the effects of chaos and complexity, to only a few weeks ahead with a very limited accuracy.

The climate system, as defined and operated by the IPCC cannot possibly equal the best of the current essentially local meteorological procedures.