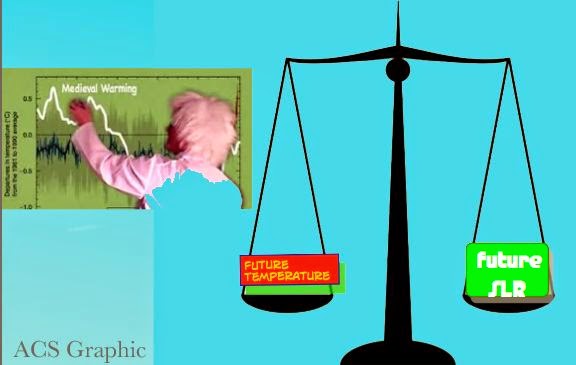 Fred Singer, American physicist and emeritus professor of environmental science at the University of Virginia, has written a piece for American Thinker with the title:


where he addresses the two main science issues of general concern:

....the concern seems to be to remain below 2 deg. It should be recognized that this limit is entirely arbitrary. There is no established scientific basis for assigning special significance to it; it just happens to be the “Goldilocks” number. Here is what I mean: If one were to choose 0.5 deg, people will say “we’ve already seen that and nothing has happened.”  However, if we were to choose 5 deg, people will say, “we’ll never see that much warming -- hence of no significance.” That is why 2 deg may have become the alarmists’ choice.

After discussing Climate Sensitivity (CS) and how,  according to the IPCC CS dropped from 4.5 to about 2.5 deg,  Professor Singer arrives at the conclusion: