On ABC's Insiders July 13th, Bill Shorten claimed that the ALP was the only party that had maintained a position on taxing Anthopogenic Global Warming ie taxing the man made global warming hoax. (link)


We've got a strong amendment which is based on consistent views over a number of years from Labor about emissions trading.

Can he be serious? Let's examine the party's positions. 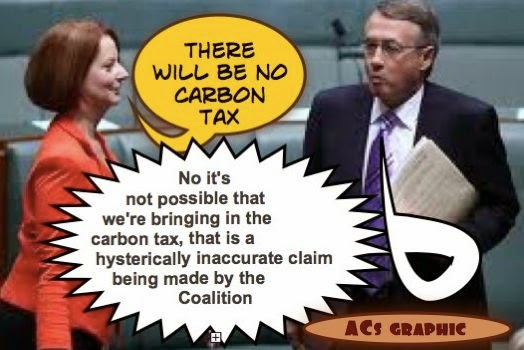 Labor knows that to propose/support a carbon tax going into an election would lose votes and probably lose the election so we have seen Labor's position about face post elections.