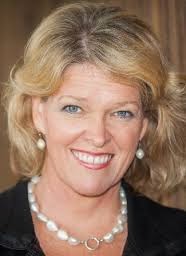 Reblogged (with permission) from Jennifer Marohasy.com

The Hon Greg Hunt MP,Minister for the Environment.
Dear Minister Hunt,
I wrote to you on 4th March 2014 with concerns that the claims made by the Bureau of Meteorology that 2013 was Australia’s hottest year on record, are somewhat deceptive. In that letter I explained that the official temperature record has been truncated to begin in 1910 (thereby excluding the hot years of the Federation drought) and that the method used to calculate the annual average temperature for Australia is not transparent.
I’ve since come to understand that the annual average temperature for 2013, which the Bureau claimed was a record, is in fact a wholly contrived valued based on modeling of temperatures, rather than the averaging of actual recorded values. That is, careful scrutiny of the Bureau’s methodology shows that recorded temperatures at locations across Australia are submitted to a two-step homogenization process that can have the effect of changing the entire temperature trend at specific locations. A weighted mean of these ‘homogenized’ values is then used in the calculation of the Australian annual mean temperature. In turn, the ‘homogenized’ values are used by the Intergovernmental Panel on Climate Change (IPCC), which gives advice back to the Australian government on global and Australian temperature trends.
A problem with this approach is that it can deliver an impression of climate change which accords wholly with expectations. But, it is reality that Australians should be planning for, so it would be better if the Bureau used real data, rather than modeled output when reporting temperature trends. Indeed to quote Aldous Huxley, ‘Facts don’t cease to exist because they are ignored.’
At the invitation of the Sydney Institute, I will be giving a talk on 25th June 2014, that shows the detail of how this methodology is applied, using the locations of Bourke in western NSW and Amberley in Queensland as case studies. I encourage attendance from the Bureau to scrutinize my presentation for accuracy. Indeed, all Australians should have a clear understanding of the nature of the data used in the calculation of important and highly publicized temperature statistics. All Australians should also have access to a realistic assessment of current temperature trends.
Very recently it was brought to my attention that Graham Williamson wrote to Rob Vertessy, Director of Meteorology at the Bureau, also querying the claimed increase in temperatures. Mr Williamson, in his letter of 27th May 2014, specifically asked why the Bureau of Meteorology did not acknowledge the 15-year hiatus in global warming as detailed in the recent report from the Intergovernmental Panel on Climate Change (IPCC, Chapter 10, AR5). In reply to Mr Williamson, Neil Plummer from the Bureau has suggested that the IPCC is simply referring to a slow down in the rate of global warming, rather than a pause as such. Given the IPCC reports are based on temperature trends derived from ‘homogenized’ data, rather than real observational records, I am concerned that they may also not be giving a true picture of recent climate change. To reiterate, even the IPCC is using modeled output rather than real data.
As part of ongoing research into natural rainfall patterns in Queensland, Professor John Abbot and I have been studying the temperature record for northeastern Australia, as temperature is a key input variable in our neural network models (e.g. Abbot and Marohasy 2014). Considering the data from the late 1800s until 1960, a cooling trend is evident, followed by warming between 1960 and 2001. In contrast, the last 12 years show quite dramatic cooling, Table 1. All three periods have occurred while greenhouse gases, particularly carbon dioxide, have been increasing in concentration in the atmosphere. Our analysis of the maximum temperature trend for the years 2002 to 2013 is based, not on the modeled temperature values used to generate official temperature statistics, but on the unadjusted observed temperatures also available from the Bureau of Meteorology website. The thirty-one sites across Queensland were chosen on the basis that there is a continual temperature record for the period 2002 to 2013 at each of the locations. We choose 2002 as the start date, as the data suggests a change in trend at about this year from warming to cooling. This is consistent with published studies by astrophysicists and physicists (e.g. Nicola Scafetta 2010, Abdussamatov 2012, and Lu 2013) and closely follows the timing of the last solar maximum (eg. NASA update 02/05/2014, http://solarscience.msfc.nasa.gov/predict.shtml). While Table 1 is limited to Queensland, preliminary assessment of data from NSW, Victoria and the Northern Territory also suggests the onset of a cooling trend.
This information is in stark contrast to the information in the State of the Climate Report 2014 recently published by the Bureau and also CSIRO. The report states that “warming over Australia has been consistent” and temperatures are “projected to continue to increase, with more hot days and fewer extremely cool days.”
In order to reconcile the information in Table 1, with the claims in the State of the Climate Report 2014, it is important to realize that, like the calculation of the annual mean temperature for Australia, data present in the report is based wholly on modeled output. That is observed temperature values have been first passed through a two-step homogenization process involving the application of complex mathematical algorithms.
It is important to make a distinction between output from a computer model and real data. In his bookScience and Public Policy: The virtuous corruption of virtual environmental science Aynsley Kellow, Professor and Head of the School of Government at the University of Tasmania, shows through many examples, including from climate science, how a reliance on computer models over the last 30 years as well as the infusion of values, has produced a preference for virtual over observational data. But the Australian public and Australian industry deserve much better from the Bureau.
As an Australian scientist with a keen interest in public policy and temperature records, I ask you as the Minister ultimately responsible for the activities of the Australian Bureau of Meteorology, to consider how you might reconcile increasing atmospheric concentrations of carbon dioxide with a falling temperature trend, and what needs to be done if we are to adequately prepare as a nation for the possible onset of a period of sustained cooling.
Yours sincerely
Dr Jennifer MarohasyAdjunct Research FellowCentral Queensland University
Links/References
Letter from Jennifer Marohasy to Minister Greg Hunt, 4th March 2014http://jennifermarohasy.com/questions-for-the-australian-bureau-of-meteorology/
John Abbot and Jennifer Marohasy, 2014. Input Selection and optimization for monthly rainfall forecasting in Queensland, Australia, using artificial neural networks, Atmospheric Research, Volume 138, Pages 166-178.
Nicola Scafetta, 2010. Empirical evidence for a celestial origin of the climate oscillations and its implications, Journal of Atmospheric and Solar-Terrestrial Physics, Volume 72, Pages 951-970.
Habibullo I. Abdussamatov, 2012. Bicentennial decrease of the total solar irradiance leads to unbalanced thermal budget of the Earth and the Little Ice Age, Applied Physics Research, Volume 4. DOI: 10.5539/apr.v4n1p178
Qing-Bu Lu, 2013. Cosmic-ray driven reaction and greenhouse effect of halogenated molecules: culprits for atmospheric ozone depletion and global climate change, International Journal of Modern Physics B, Volume 27, DOI: 10.1142/S0217979213500732
Bureau of Meteorology and CSIRO 2014, State of the Climate 2014 http://www.bom.gov.au/state-of-the-climate/documents/state-of-the-climate-2014_low-res.pdf?ref=button
Posted by Geoff on June 11, 2014 1 comment: