CO2 is good for you - definitely NOT a pollutant. 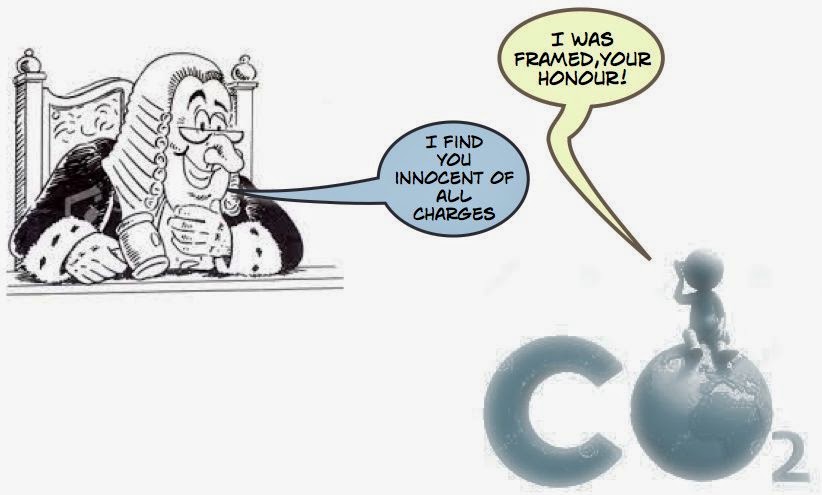 It is a tragedy that there are a generation of children who have been forced fed false science; who have been taught that carbon (dioxide) is a pollutant.

So, in this post we are going to dispel some carbon dioxide mis-education.

In this time, as the (UN)Skeptical Pseudo-Science trend calculator shows (fig below), there has been no significant change in global temperature. 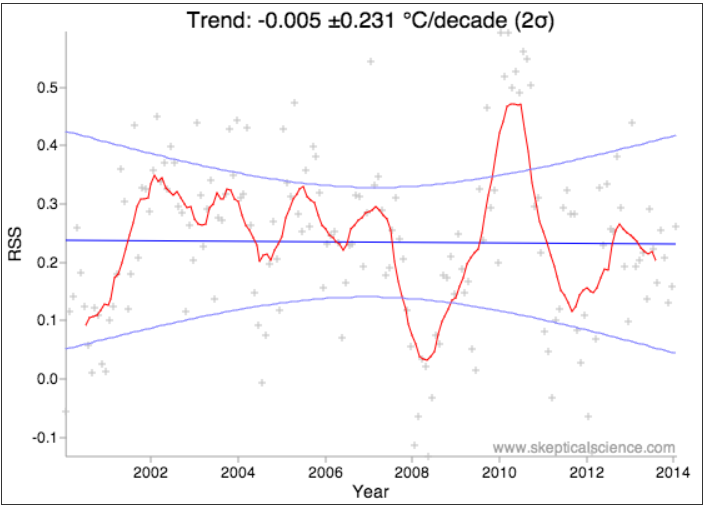 So atmospheric CO2 has risen by 8% whilst temperatures have fallen very slightly. With this in mind, why do we get statements like this:


Global Warming is mainly the result of CO2 levels rising in the Earth's atmosphere. Both atmospheric CO2 and climate change are accelerating. Climate Scientists say that we have years, not decades, to stabilize CO2 and other greenhouse gases.

The source of this incorrect alarmist statement is the site CO2 Now. (Also the source for the above graph of CO2.) But CO2 Now is not alone in pushing a false scare re (peer-reviewed) innocent CO2.

CO2 is plant food. We know that the increase in CO2 is greening the planet. This has been reported in peer reviewed journals Biogeosciences; Remote Sensing 5; the American Geophysical Union; Geophysical Research Letters and we also learn that Too Little Carbon Dioxide will destroy the Earth.

In a recent discussion, a mis-educated young person asked:


How can CO2 be greening the planet when there are droughts all around the world?

Well, there are two flaws in this questions.


Another major benefit of atmospheric CO2 enrichment is that plants exposed to elevated levels of atmospheric CO2 generally do not open their leaf stomatal pores - through which they take in carbon dioxide and give off water vapor - as wide as they do at lower CO2 concentrations.  In addition, they tend to produce less of these pores per unit area of leaf surface at higher levels of atmospheric CO2.  Both of these changes tend to reduce most plants' rates of water loss by transpiration; and the amount of carbon they gain per unit of water lost - or water-use efficiency - therefore typically rises, greatly increasing their ability to withstand drought.

Even if you agree that adding CO2 to the atmosphere causes (some) warming, scientific studies tell us that the effect of CO2 is logarithmic and so any future CO2 additions will have virtually no heating effect:

Because it is a greenhouse gas, more carbon dioxide in the atmosphere, other things being equal, does cause warming.

But other things are far from equal, two important considerations being, first, that the extra warming diminishes in magnitude rapidly (logarithmically) as carbon dioxide increases....

Physicist Dr Ferenc Miskolczi's peer reviewed paper theorises that a saturated greenhouse effect exists and further additions of greenhouses gasses will not cause more warming. This has been supported by another paper by Isaac and Wijngaarden published in the Journal of Climate. (Hockeyshtick)

No Support for the Falsified AGW Hypothesis.

Science has never shown any evidence, any peer reviewed paper, not even a hint of support for the AGW hoax. As Einstein said: (LINK)

Where does that leave us?

CO2 is good for you and innocent of all charges.


The following summarizes levels of CO2 under various conditions:
40,000 ppm: The exhaled breath of normal, healthy people.
8,000 ppm: CO2 standard for submarines
2,500 ppm: CO2 level in a small hot crowded bar in the city
2,000 ppm: The point at which my CO2 meter squawks by playing Fur Elise
1,000 to 2,000 ppm: Historical norms for the earth’s atmosphere over the past 550 million years
1,000 to 2,000 ppm: The level of CO2 at which plant growers like to keep their greenhouses
1,000 ppm: Average level in a lecture hall filled with students
600 ppm: CO2 level in my office with me and my husband in it
490 ppm: CO2 level in my office working alone
390 ppm: Current average outdoor level of CO2 in the air
280 ppm: Pre-industrial levels in the air, on the edge of "CO2 famine" for plants
150 ppm: The point below which most plants die of CO2 starvation
(all of these data vary a little with size of the space, ventilation, wind, and the like)