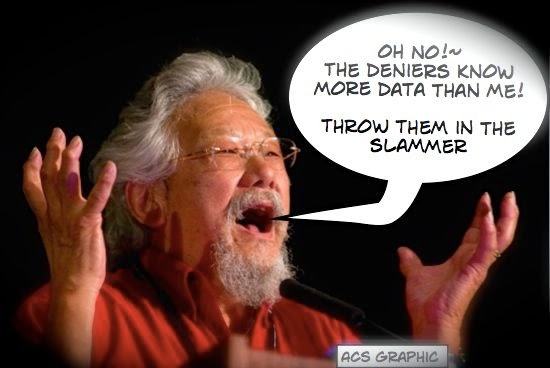 The previous Australian Government along with their coalition mates attacked free speech.

At the time the Institute of Public affairs opined:


Free speech is one of the bulwarks of individual liberty. Australians should have the right to express a viewpoint without fearing they will be dragged in front of a judge or jury. But free speech is under threat. New "rights" like the "right not to be offended" are supplanting the basic right to free expression. And governments unhappy with political criticism are increasingly seeking to regulate what they view as a hostile media.

And when the Abbott Government wanted to roll back the draconian control of speech legislated by the previous government, the loonies came out of the woodwork:


Psychologists have slammed the Abbott government's proposed watering down of race discrimination laws, warning that any changes could damage the mental health of people from different cultural backgrounds by legitimising racism.

Another Fairfax Paper, The Canberra Times:


Holocaust denial and racial abuse on public transport could be allowed in Australia under proposed changes to the Racial Discrimination Act, Greens MLA Shane Rattenbury has warned.

Labor’s Mark Dreyfus has launched an attack on the attorney general, George Brandis, over his conspicuous campaigns on changes to the Racial Discrimination Act

Section 18C makes it unlawful to offend, insult, humiliate and intimidate someone on the basis of their racial or ethnic origin. Introducing the provision in 1994, the then attorney-general Michael Lavarch said it would be a "safety net for racial harmony".

But two decades later, no serious person argues the aggregate level of bigotry in Australia has been affected one bit by section 18C. As Aly admitted: "We're not exactly playing for cutthroat stakes."

The proposed reforms are not about the "right to be a bigot"; they are about whether Australians should be able to sue each other for racism. And that is a much narrower question. Few people have the resources or inclination to litigate speech. No wonder the most articulate defenders of section 18C now focus on its symbolism.

But the symbolism is a two-way street. The proposed reforms are not just designed to protect freedom of speech. They appear to be written in a way to suggest that free speech is a basic democratic virtue.


However the looney left, the Global Warming Nazis seem to think that free speech is a one-sided idea.

Free for the Socialists but not free for the more conservatives in society.

But it is not only governments who are increasingly seeking to regulate free speech.

What an amazing thing to say for a man who recently displayed his ignorance of the main data sets used by all the engaged climate scientists, UAH, NASA-GISS Hadley CRUt. When confronted with these, he said...What is the reference? I er don't know... (Link Snake Oil Salesman Fails Simple Test)

And if that is not enough, three scientists ridicule the Global Warming Hoax and Suzuki.  (link)

and then continued with the multi-flawed 97% of (climate) scientist. (TIC) Perhaps anyone using this false statistic should be slotted;  thrown in the slammer.

This is how crazy censorship can get. Isn't feeling happy a good positive feeling? Pharrel Williams hit song IS happy:

Innocent enough? This  bright bouncy song has been banned in Iran....

A group of Iranian fans who created a tribute to Pharrell Williams' hit song Happy have been arrested. The video shows three men and three unveiled women dancing to the song on the streets and rooftops of Tehran.

Shows how stupid suppression is, doesn't it!