Carbon Dioxide is Not a Pollutant, Voodoo Science Pollutes minds!

Over at the paid Disinformation site UNSkeptical UNScience they argue that CO2 is a pollutant:

Rising CO2 levels causes (sic) an enhanced greenhouse effect. This leads to warmer temperatures which has many consequences. Some effects are beneficial such as improved agriculture at high latitudes and increased vegetation growth in some circumstances. However, the negatives far outweigh the positives..

CO2 leads to warmer temperatures? Surely the UNscientists at UNSkeptical UNScience must know that this is a crock. The Ice core data  (Link – Jo Nova) show that for more than 400,000 years rise in temperature precedes rise in atmospheric CO2.

But, the UNscientists at UNSkeptical UNScience maintain:

Human CO2 emissions over the past few centuries have upset this balance.

Can this be true?   NO! See the graph for this century; CO2 rising at a steady rate yet there is no significant increase in global temperature. 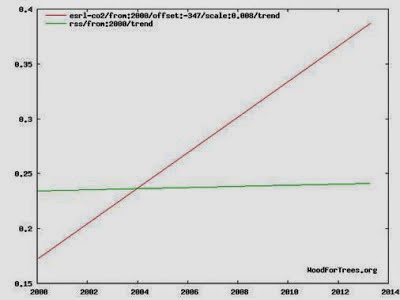 So why are we constantly told, at variance with science, that CO2 is a pollutant? 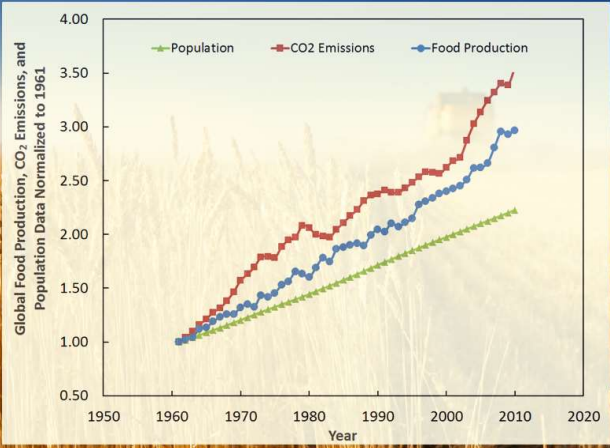 The report re Increased Biomass:

At a fundamental level, carbon dioxide is the basis of nearly all life on Earth. It is the primary raw material or “food” utilized by the vast majority of plants to produce the organic matter out of which they construct their tissues, which subsequently become the ultimate source of food for nearly all animals and humans. Consequently, the more CO2 there is in the air, the better plants grow, as has been demonstrated in literally thousands of laboratory and field experiments (Idso and Singer, 2009). And the better plants grow, the more food there is available to sustain the entire biosphere.

“Carbon dioxide is an aerial fertilizer that provides many beneficial impacts.”

“You can look at thousands of studies – real world data studies that have actually been conducted that demonstrate beyond any doubt that higher levels of CO2 are going to increase the productivity of plants.”

On the benefits of CO2, Mr Idso said:

So, are HIGH levels of CO2 harmful?

From the Paleozoic Period in the graph above, we see that the Earth has survived 7000 ppm. Before the US Senate, William Happer testified: (here)


We try to keep CO2 levels in our U.S. Navy submarines no higher than 8,000 parts per million, about 20 time current atmospheric levels. Few adverse effects are observed at even higher levels. (WUWT)

Why, then do we still hear the unscientific “CO2 is a pollutant?

A report on the Voice of Russia American Edition regarding an interview with ICSC’s Executive Director Tom Harris They continued (albeit in a negative way this unscientific position:

Focusing on carbon dioxide, which according to Harris is not a pollutant….

However, regarding the increase in atmospheric fertilizer CO2, Mr Harris explained:

In fact we are seeing a ‘greening,’ where deserts are actually retreating, forests are expanding, and we're seeing more habitat for wildlife. It's actually a good thing that this kind of climate change is occurring."

There is not a single instance of CO2 being a pollutant.  Ask any chemistry professor.  The only thing being polluted is your mind or the minds of your children. (link)