Deniers - Who are they? Realists or Quacks?

Time to push back against the global warming Nazis

When politicians and scientists started calling people like me “deniers”, they crossed the line. 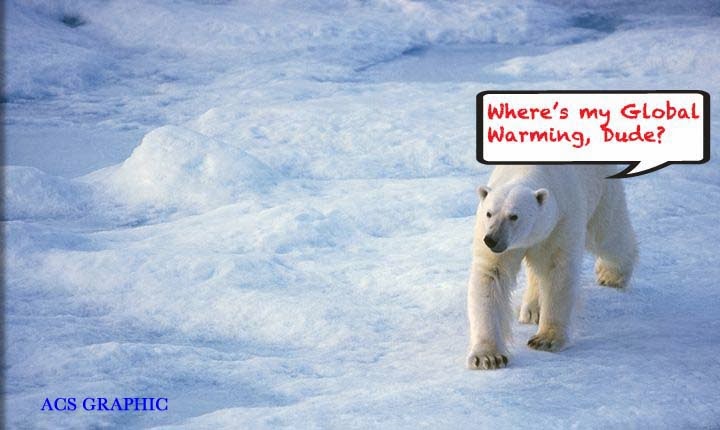 They are still doing it.

They indirectly equate (1) the skeptics’ view that global warming is not necessarily all manmade nor a serious problem, with (2) the denial that the Nazi’s extermination of millions of Jews ever happened.

Too many of us for too long have ignored the repulsive, extremist nature of the comparison. It’s time to push back.


"Sure, I call people like Spencer “deniers” not because of some imagined like (sic) to Nazis but because they are in denial."

Amazing! The science has moved on, all their predictions have failed, the warming pause is in its 18th year and they call US "deniers?"

Another global warming Nazi wrote: "So basically climate change denialists are heading down to the tiny minority levels enjoyed by child abusers. Dare we make the correlation?"

A poll of The American Meteorological Society members showed that it was roughly 50:50 believers and sceptics. And what a despicable attempt at blackening the realists; likening them to child abusers.

Joe Romm (I won't call him a global warming Nazi since he lost relatives in the Holocaust) although from the alarmist side, doesn't like his side using the denier term (link)


Over the years, I have explained why “denier” is not my preferred term. I tried to coin the terms “delayer” and “disinformer” for those who make a living spreading disinformation about climate science — and I still use the term ‘disinformer.’

Therefore, are the global warming Nazis, really calling us deniers for our so-called "denial of their false science?"  OR.. are they trying to cast the Holocaust slur?

Here are some of their quotes: (Courtesy Climate Depot) 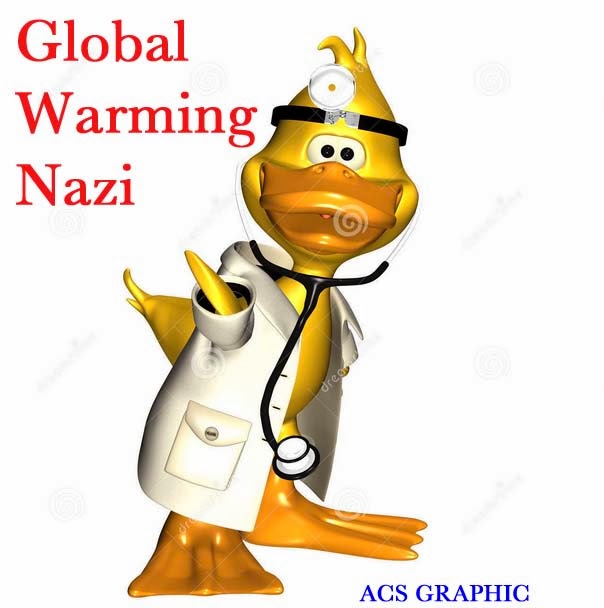 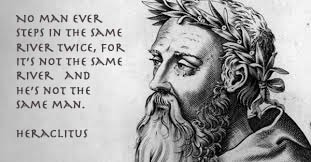 Traditionally, humans have always considered themselves to be superior to other creatures. It was only after sufficient food became available that this could be questioned.

Members of the Romantic Movement, who rebelled against the pollution and squalor of the Industrial Revolution, considered humans were inferior to other organisms which existed in a separate part of the world called Nature. Everything that happened there was Natural whereas everything the humans did was Artificial and thus inferior.

The Environment carries this belief much further, to the extent that Environmentalism has become a substitute for religion. Everything that humans do is harmful to The Environment.

The Environment has not only become a substitute for God. It is also a Heaven on Earth. There are no holy scriptures, but there is an amateur priesthood who are consulted regularly to comment on every news item. In each country there is a Minister and Ministry  of the Environment which promote its demands. There is a United Nations Environment Programme. There are many local and international organisations which promote its doctrine. These include Greenpeace, The Worldwide Fund for Nature, The Sierra Club, Friends of the Earth, and many others.

The demands of The Environment include regular and increasing sacrifices on its behalf. All human activity is either forbidden or it has to be more expensive than before. It has to endure uneconomic solutions and expensive permission from environmental authorities.

Where is The Environment? It is everywhere and nowhere. What is it? It is a mixture of Heaven, Nature, Never Never Land, Narnia, Erewhon and Utopia. One thing it cannot be is a territory where humans have no influence, just as there is no territory which has no influence from other organisms. We must continually “Protect” The Environment:  from the harm done by humans or at least “Mitigate” them. It would perhaps be better if there were no humans at all

All of the claims of Environmentalism are in contradiction to the science of evolution.

The Greek philosopher Heraclitus is supposed to have said "everything flows” and for most people it is surely obvious that everything about the world is constantly changing.

Medieval society believed otherwise. They thought that everything about the world was static and unchanging, apart from the occasional cyclones, earthquakes and volcanic eruptions, often blamed on the anger of God. When these special events were over, the world returned exactly to where it was before.

Carl Linnaeus, who in 1735 launched the most popular classification system for all organisms, believed that they were all constant and unchanging, individually created by the almighty.

It was only early in the 19th century with the discovery of fossils of extinct animals and the geology of Hutton and Lyell that it became obvious that the earth and all of its organisms have changed by evolution.

Early works of Cuvier, Erasmus Darwin, Lamarck and Robert Chambers led to the formulation of a general theory of the mechanism of evolution by Darwin and Wallace in 1858 and the publication of Darwin’s book “The Origin of Species” in 1859.This theory has been comprehensively confirmed by recent work on genetics and the mechanism of heredity.

Darwin had noted that most organisms have more offspring than could survive. They also possessed variability. The survivors of each generation would be those from this variety that could cope best with each changed circumstances. Over time the living organisms would undergo obvious change. Each organism is involved in a “struggle for existence”. or “survival of the fittest”. Darwin showed that this process could be carried out on domestic animals and birds by selective breeding.

Darwin himself was captured by his community beliefs. His wife was an enthusiastic Christian and he struggled long before admitting in his final autobiography that he was an “Agnostic”. The confession was censored from this work until his granddaughter published the full version as late as 1958.

Darwin saw that the process by which the “fittest” survived was Selection, but he still believed in Nature, so he made a distinction between “Natural Selection" and "Artificial Selection," admitting a human privilege that his theory denied.

The process does not need his distinction. Selection operates in the same manner whether it is by deliberate or inadvertent action of a particular organism, an action of the climate, or earth changes. They all have the effect of processing evolution.

Evolution by selection applies to all organisms including humans. Humans therefore have no privileges over others. They have no supervising deity, no after life, and no responsibility for other organisms, except for their own survival.
.
Darwin’s theory was later wrongly altered to incorporate the idea that humans are special by Julian Huxley, Ernst Mayr and others.

“The Origin of Species” explained that the term “Species” is merely a classification category decided arbitrarily by taxonomists. The decision on separation of Species is both arbitrary and variable. At present there are two competing methods, that of Linnaeus, based on appearance and behaviour, and that based on DNA sequences. Whichever is chosen, the number of species can be any figure that taxonomists decide; there is no definite number. The reasons for separating one species from another are not standardized and are almost impossible to decide for fossils and for viruses and bacteria.

Organisms participate in mutual struggle for existence, and some are more successful than others. The process is so complex that the future cannot be predicted. Occasionally a particular organism becomes extinct and human activity may play a part in the process, but we are not obligated to intervene unless our own interests are involved.

The disagreement between the Environmentalist Heresy and Evolution Science can be summarised in the following table.