Linfox Trucking the tide away. 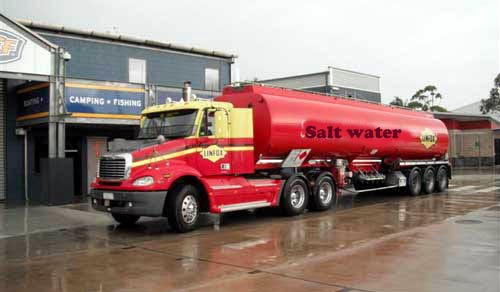 Trucking Entrepreneur Lindsay Fox is reputably Australia's 10th richest man. His Net worth is, according to Forbes, $1Billion (link)


Owner of country's largest private logistics company, got start selling soft drinks out of the back of a single truck in 1957. Today company Linfox boasts truck fleet of 5,000, 20 million square feet of warehousing, 2 airports and 1,000 armored vehicles.

Mr Fox has claimed an extra 2400 square metres of the beach in front of his Portsea Property under the "doctrine of accretion. As the Age reports:

Official documents show that after years of Fox pressure and legal threats, the Titles Office finally accepted the ''doctrine of accretion'' in relation to Mr Fox's property. The old legal principle means that when sand builds up on a beach - as it has at Point King beach - landowners can apply to have their title extended as the high-water mark recedes.

Portsea residents have varying views on what has caused the build-up, with some blaming the build-up on Point King beach on the Queenscliff ferry or channel deepening in Port Phillip Bay. Others believe it has been the natural result of the tide and currents.

But, but, but.......isn't the sea rising? Has Mr Fox been removing Salt Water from the Ocean? Has he removed enough water to extend his beachfront? Has the ocean risen at all? Or has the sea level rise.....er.....fallen? 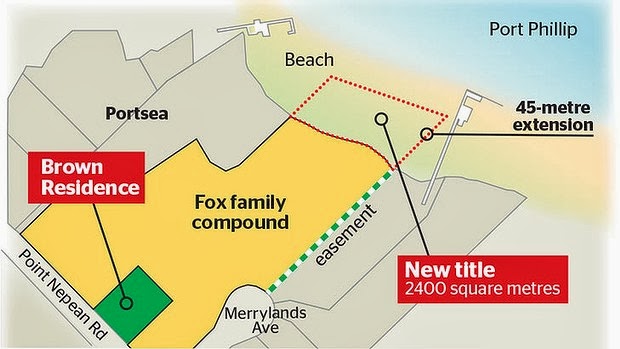