Most climate models assume the greenhouse gas carbon dioxide CO2 to influence significantly upon global temperature. It is therefore relevant to compare different temperature records with measurements of atmospheric CO2, as shown in the diagrams above. Any comparison, however, should not be made on a monthly or annual basis, but for a longer time period, as other effects (oceanographic, etc.) may well override the potential influence of CO2 on short time scales such as just a few years. It is of cause equally inappropriate to present new meteorological record values, whether daily, monthly or annual, as support for the hypothesis ascribing high importance of atmospheric CO2 for global temperatures. Any such meteorological record value may well be the result of other phenomena.

After about 10 years of concurrent global temperature- and CO2-increase, IPCC was established in 1988. For obtaining public and political support for the CO2-hypothesis the 10 year warming period leading up to 1988 in all likelihood was important. Had the global temperature instead been decreasing, politic support for the hypothesis would have been difficult to obtain.

Based on the previous 10 years of concurrent temperature- and CO2-increase, many climate scientists in 1988 presumably felt that their understanding of climate dynamics was sufficient to conclude about the importance of CO2 for global temperature changes. From this it may safely be concluded that 10 years was considered a period long enough to demonstrate the effect of increasing atmospheric CO2 on global temperatures.

The IPCC was formed after 10 years of apparent correlation between global temperature and CO2 increases. This apparent correlation lasted for another ten years. Then the wheels fell off the global warming Nazi's wagon, busting their hypothesis and we have had no significant warming since although the rise in atmospheric CO2 continues unabated.

Despite this, the recently released IPCC's AR5 report states that they have increased their certainty that man's CO2 emissions are causing warming from 90 to 95%.

How much longer do we have to prop up the false science of the global warming Nazis? 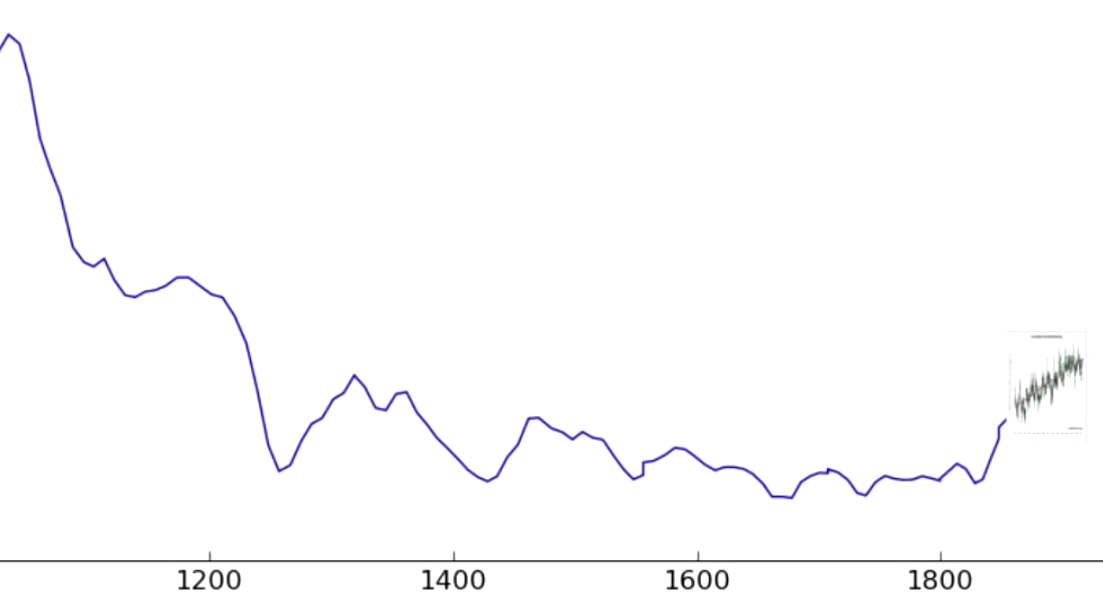 A short film revealing how deniers view global warming. Only two minutes, see the truth behind the climate scare.