The Real Climate 'Deniers' Are the Greens 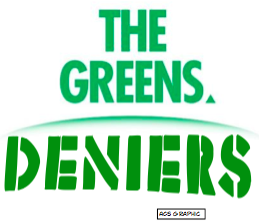 Robert Bryce, writing for the Wall Street Journal, has exposed this home truth. He writes of the fallacy that green energy creates jobs:

An example: In September 2008, then-candidate Barack Obama claimed at a speech in Golden, Colo., that his planned investments in "green" energy would create "five million new jobs that pay well and can't ever be outsourced."

Mr Bryce notes that "staggering costs" have forced the European Union and Germany to aggressively roll back subsidies for renewable energy.


In Germany, renewable-energy subsidies are now costing German consumers and industry about $32 billion a year. The costs have become so onerous that on Jan. 21 Germany's economy and energy minister Sigmar Gabriel told energy conference attendees in Berlin that his country is risking "dramatic deindustrialization" if it doesn't reduce energy costs.

Europe's decision to slow down on renewables suggests that the term "climate denier" needs an overhaul. For the past decade or so, this has been the label for anyone who questions climate change models or the forecasts derived from them. But the lesson from Europe is that the environmentalists who have been relentlessly hawking renewables are the real deniers.

They have denied the costs that renewable energy mandates impose on the European economy. They've denied the environmental benefits of increased natural gas use in the U.S. And they continue to deny the difficulty of addressing carbon-dioxide emissions on a global scale.


Global coal consumption jumped by about 55% over the past decade as demand for electricity has soared. That consumption is boosting global carbon-dioxide emissions, which have increased by 32% over that period, according to the BP Statistical Review. Relatively small reductions in carbon emissions in Europe or the U.S. won't make a significant difference amid such rapid growth. Since 2005, China alone has increased its carbon-dioxide emissions by about 3.6 billion tons, or about four times the amount Germany emitted in 2012. 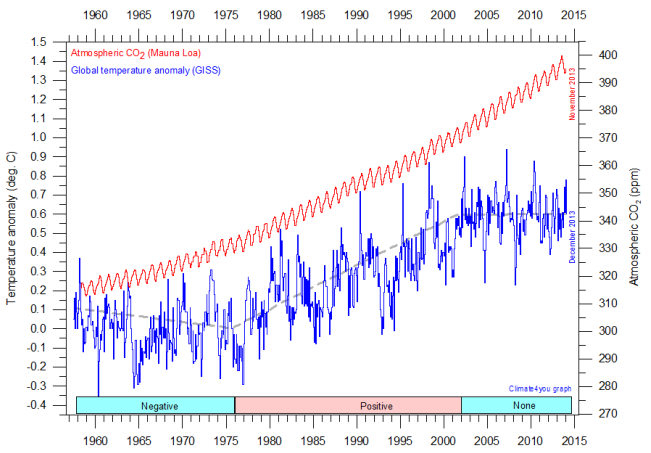 What Mr Bryce misses is that, although CO2 emissions are increasing, they are NOT causing runaway global warming. There has been a pause in warming for more than 17 years.
Posted by Geoff on February 04, 2014 No comments: