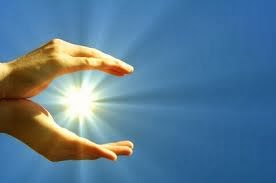 What keeps us Warm?

What determines surface temperature at any spot on earth?

Apart from a tad of geothermal heat and a wisp of heat from nuclear power generators, every bit of surface energy (including coal and biomass) comes directly or indirectly from the sun. There is no other source of surface heat – everything else just stores, releases or re-directs solar energy.

Surface heat is maximised when the sun is directly overhead, near a peak in the sunspot cycle and when Earth’s orbit comes closest to the sun (perihelion). The hottest places on earth will be found near the equator, after mid-day, in mid-summer, at perihelion and when there are no clouds in the sky to reflect solar radiation. Temperature will be maximised when there is no cooling wind and no nearby surface water or moist soils to cool things by evaporation. Since higher temperature also occurs at lower altitudes, one of the hottest places on earth is Death Valley, a desert below sea level, where the temperature can reach 56 ℃ on a mid-summer afternoon.

Frigid temperatures are found near the poles, where solar energy is weak. The coldest place on Earth is Vostok at high altitude in Antarctica where the air is very dry and where the temperature can go as low as minus 89 ℃ with a cloudless sky in the dead of winter.

Since both extremes could occur simultaneously, Earth’s maximum daily temperature range is thus up to 145 ℃. But at any single place, the diurnal variation is more likely to be about 15-40 ℃.

Carbon dioxide has no effect on any of the above temperature drivers – it generates no new heat, cannot affect latitude, solar orbits, sun spots, altitude, season, time of day, clouds or the proximity of water. All it can possibly do is encourage plant growth, and intercept, absorb and redirect a tiny bit radiant energy passing either way between the sun, Earth’s surface and space. But that effect is almost exhausted at current levels of carbon dioxide. Doubling the carbon dioxide content from 400 ppm to 800 ppm (which may take the next 100 years) might possibly increase surface temperatures by up to 2 ℃ - not even noticeable compared to the daily temperature ranges we cope with now.

Everyone can feel the powerful warmth of the rising sun, the variations between summer and winter, the moderating effect of clouds and the shock of hot and cold winds.

But even if carbon dioxide levels doubled overnight, most people on earth would not notice any difference.

Water is the Weather Wildcard

The climatists claim that atmospheric carbon dioxide drives global warming. But the past seventeen years of rising CO2 without rising global temperatures shows this is untrue.

So now they say that carbon dioxide causes wild weather. This too is untrue.

Water covers over 70% of the globe, is about 50 times more abundant than CO2 in the atmosphere and it is a far more effective “greenhouse gas”.

There can be no rain, snow, hail, ice or floods without water. And the absence of water produces deserts and droughts.

It is water vapour that maintains the energy of storms, cyclones, hurricanes and typhoons.  And it is water, not carbon dioxide, which plays a crucial role in the feared climate tipping points.  The climate alarmists claim that if oceans warm, they will expel carbon dioxide which will thus cause more warming, leading to runaway warming. There is no evidence of this occurring. In fact, the real negative feedbacks of water and water vapour are greater than this theoretical extra warming.

Secondly, the moist warm air rises, cooling as it expands in the lower atmospheric pressure. Eventually this cooling air releases its moisture as rain, hail or snow which cools the surface on which it falls, and then cools it more by renewing evaporative cooling. Or the extra moisture forms clouds that shade the surface and also reflect solar radiation.

Thirdly, the moisture in the air releases its latent heat when it condenses high in the atmosphere. Much of this surface heat then gets radiated to space.

Water, however, can magnify any cooling trends. A covering of snow and ice quickly reflects more incoming solar radiation, thus increasing the initial cooling. Not even the feeble warming effect of carbon dioxide will prevent this. In fact, when oceans cool, they dissolve more carbon dioxide thus reducing the ability of the atmosphere to retain atmospheric warmth. Ice ages are precipitated once winter snow is not melted by summer sun. They have never been prevented by high carbon dioxide levels in ancient atmospheres.

These are all proven processes, not theories in computer climate models.  It is water in all its forms, not carbon dioxide, that is the heavy-hitter in all weather processes.

Carbon dioxide is the side-show.

The recent heatwaves in Australia will inflame the climatists who will claim it is caused by wicked humans exhaling and exhausting carbon dioxide.

But carbon dioxide is almost irrelevant to local heat conditions.

That is all about wind.

If the wind blows from the summer tropics for days, we will have a heat wave and possible bushfires; but if we get a winter gale from polar regions there may be brass-monkey mornings, sleet and sheep farmer alerts.

If it blows from the sea we may get enervating humidity and thunder storms; but if it comes from the desert we may get lip-cracking dryness, whirl-winds or dust storms.

If the wind changes direction, the temperature will probably change too.

If there is no wind at all, the heat will peak after lunch and it will be coolest just as the sun rises.

And if you are yachting in Antarctic waters, the wind can trap your ship in floating sea ice if you are a careless ninny.

And carbon dioxide has almost nothing to do with any of it.

Heatwaves in Australia are Nothing New

No doubt we will hear how the current heatwaves in Australia are “unprecedented” and evidence of dangerous man-made global warming.

They are neither “global” nor “unprecedented”.

In the great heatwave of 1896, the temperature at Bourke did not fall below 45.6 ℃ for six weeks, and the maximum was 53.3 ℃. Bushfires raged throughout NSW and 66 people perished in the heat.

Why don’t we hear of these severe heatwaves from the past? Simple - the government Bureau of Meteorology conveniently ignores all temperature records before 1910.

However, that does not excuse our media for neglecting the written records such as these preserved in newspapers of the past.

Could it be that both the BOM and some of the media are still trying to preserve the ailing global warming scare?

For some fascinating and disturbing history of nature’s power in the words of local newspapers see:
http://carbon-sense.com/2014/01/19/heatwaves-are-nothing-new/
If you would like to comment or read discussions on this article see:
http://wattsupwiththat.com/2014/01/20/australian-heatwaves-are-nothing-new/#more-101794
Here’s more on heatwaves in Australia:
http://stevengoddard.wordpress.com/?s=australia+heatwave
The Marble Bar Heatwave:
http://www.bom.gov.au/lam/climate/levelthree/c20thc/temp1.htm
Here is how Aussies keep cool during heatwaves:
http://www.abc.net.au/news/image/5210750-3x2-940x627.jpg
Here are comments on how BOM has been fiddling the figures:
http://joannenova.com.au/2012/06/threat-of-anao-audit-means-australias-bom-throws-out-temperature-set-starts-again-gets-same-results/  http://joannenova.com.au/tag/bom/
Here’s how to make the past cooler at Bourke in 1939:
http://notalotofpeopleknowthat.wordpress.com/2013/06/19/australian-warming-overestimated-by-a-third/#comment-13116
It seems that the US may be doctoring temperature records to produce warming trends:
http://stevengoddard.wordpress.com/2014/01/19/just-hit-the-noaa-motherlode/?utm_source=newsletter&utm_medium=email&utm_campaign=newsletter_January_19_2014
And the weather in US was more extreme in the 1930’s:
http://wattsupwiththat.com/2012/07/14/newly-found-weather-records-show-1930s-as-being-far-worse-than-the-present-for-extreme-weather/  Luckily we have recovered from the bleak, barren, cold of the Little Ice Age. How much we have warmed is an open question:
http://hockeyschtick.blogspot.co.nz/2014/01/its-official-2013-was-4th7th10th107th.html

The Long Retreat from Copenhagen

It is only in retrospect that peaks and troughs can be definitely identified. But now we can see clearly that the Copenhagen Climate Conference marked the peak for man-made global warming hysteria. It is downhill from here.

First the Kyoto agreement fell apart led by Russia who, having extracted great benefits from the closure of the Soviet fake-industries, had no more to gain from Western foolishness. Russia was followed by Japan and Canada. US has never signed.

Then the fake carbon market collapsed, so all the banks, speculators and lawyers lost interest when there were no big commissions to earn on carbon trading. Even Al Gore deserted the carbon market.

Then the Warsaw climate conference bombed out with nothing significant agreed. Lots of attendees walked out in a huff.

Now the realities of green energy are becoming obvious even to doting politicians.  Wind and solar can never produce consistent reliable electricity. They produce expensive electricity, often when no one needs it, and cannot survive without heavy subsidies from taxpayers or electricity consumers. And they have a heavy environmental footprint.

Finally green Europe has seen the light. Retaining competitive industry, creating real jobs, keeping the lights on and capping soaring electricity prices are what is concerning the electorate and business, so politicians are about to do an about turn. Green energy subsidies will be cut or stopped, and green energy may soon be asked to foot the extra transmission and backup costs that they cause the networks.

“The sum total of our deliberations was that European energy policies and practice are in chaos and we collectively face dangerously expensive supplies, as well as the increasing threat of grave shortages.”
Jon Snow: http://blogs.channel4.com/snowblog/eu-energy-crisis-prepare-abandon-energy-targets/23331

My How the Money Rolls in

Tim Flannery’s reborn alarmist front, the Climate Council (formed after the Abbott government sacked him as Climate Commissioner) has raised more than $1 million since late September 2013.

We are in the ring with a gorilla.