Global Warming Stopped 18 years ago - according to all the empirical evidence as measured by satellite based thermometers!

In preparing for Climate Change, are we also examining the possibility of Global Cooling?

… or 19 years, according to a key statistical paper 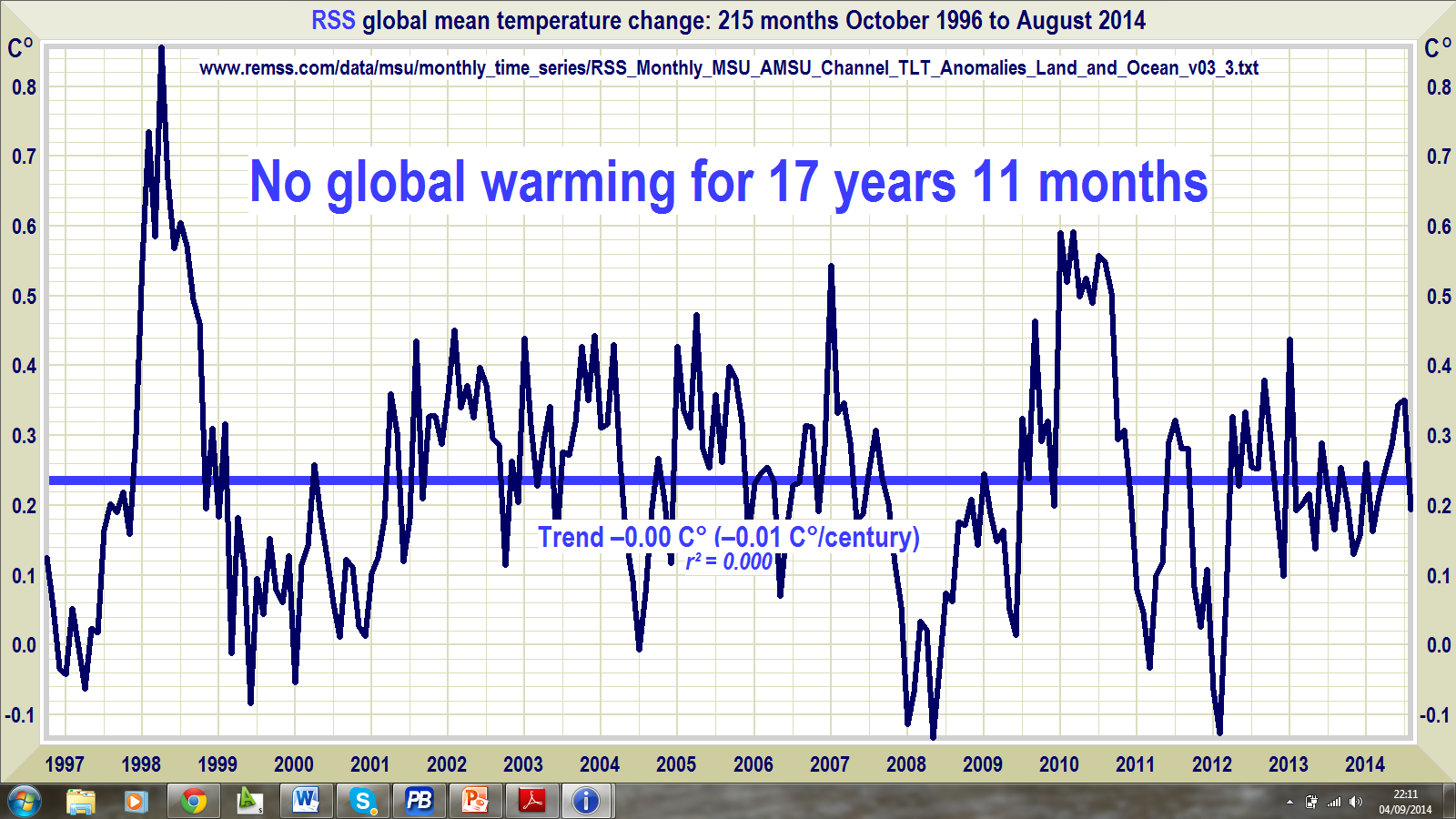 Whichever value one adopts, it is becoming harder and harder to maintain that we face a “climate crisis” caused by our past and present sins of emission.

Taking the least-squares linear-regression trend on Remote Sensing Systems’ satellite-based monthly global mean lower-troposphere temperature dataset, there has been no global warming – none at all – for at least 215 months.