Burning Fossil-Fuel will bring on a New Ice Age: NASA 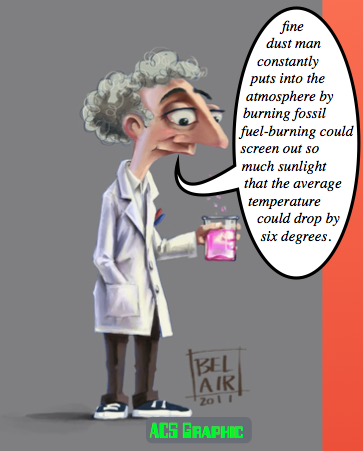 According to the respected Washington Post, NASA Scientist Dr S. I. Rasool says:


In the next 50 years the fine dust man constantly puts into the atmosphere by burning fossil fuel-burning could screen out so much sunlight that the average temperature  could drop by six degrees.

It's great that NASA features in many great moments of Science forecasting.

Mind you, this item (see below) under the Headline

“The world could be as little as 50 or 60 years away from a disastrous new ice age, a leading atmospheric scientist predicts.” The New York Times went one further, saying: “Climate Changes Called Ominous.” But it wasn’t just theory. “There is a finite probability that a serious worldwide cooling could befall the Earth within the next hundred years.”