One graph, compares the 1990 prediction by the United Nation’s climate panel of 0.67 Cº global warming since that year with the observed temperature trend of just half that. The other graph, compares the United Nation’s backdated 2013 prediction of 0.15 Cº warming since 2005 with the observed temperature trend of –0.01 Cº.

“The graph comparing the IPCC's original predictions from 1990 with observed reality is particularly telling. This remarkable 212-month period, enduring from August 1996 to March 2014, represents half of the entire 423-month satellite record since it began in January 1979.” Lord Monckton 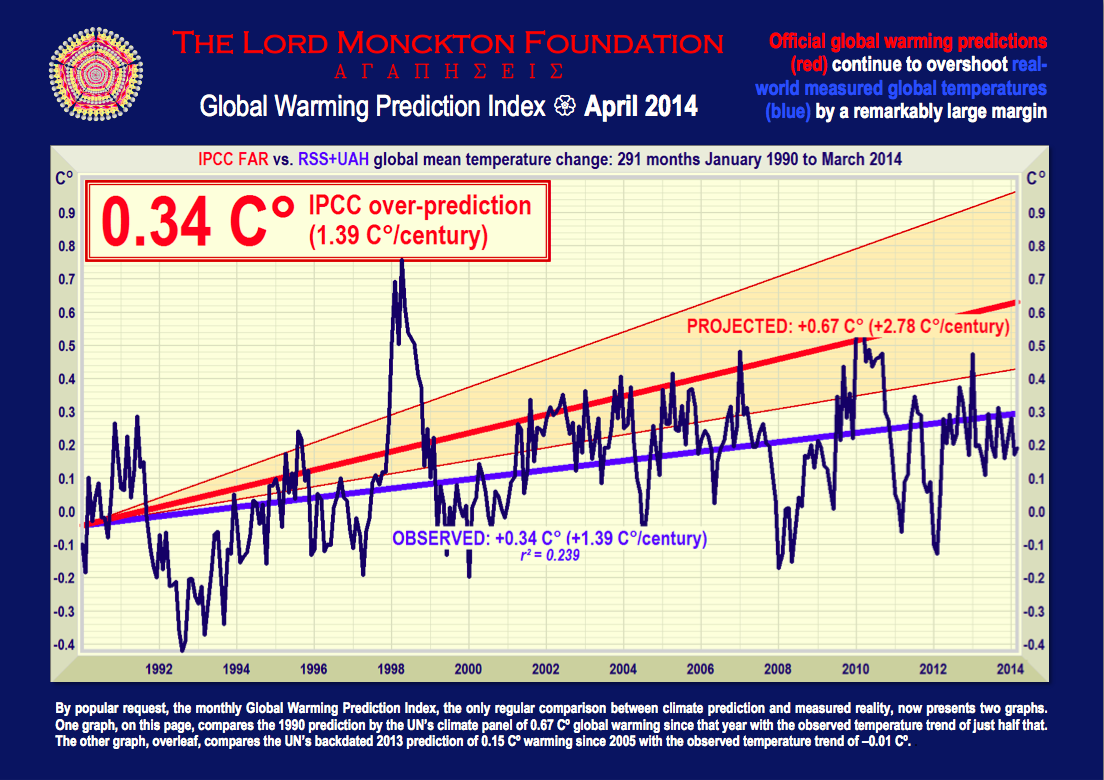 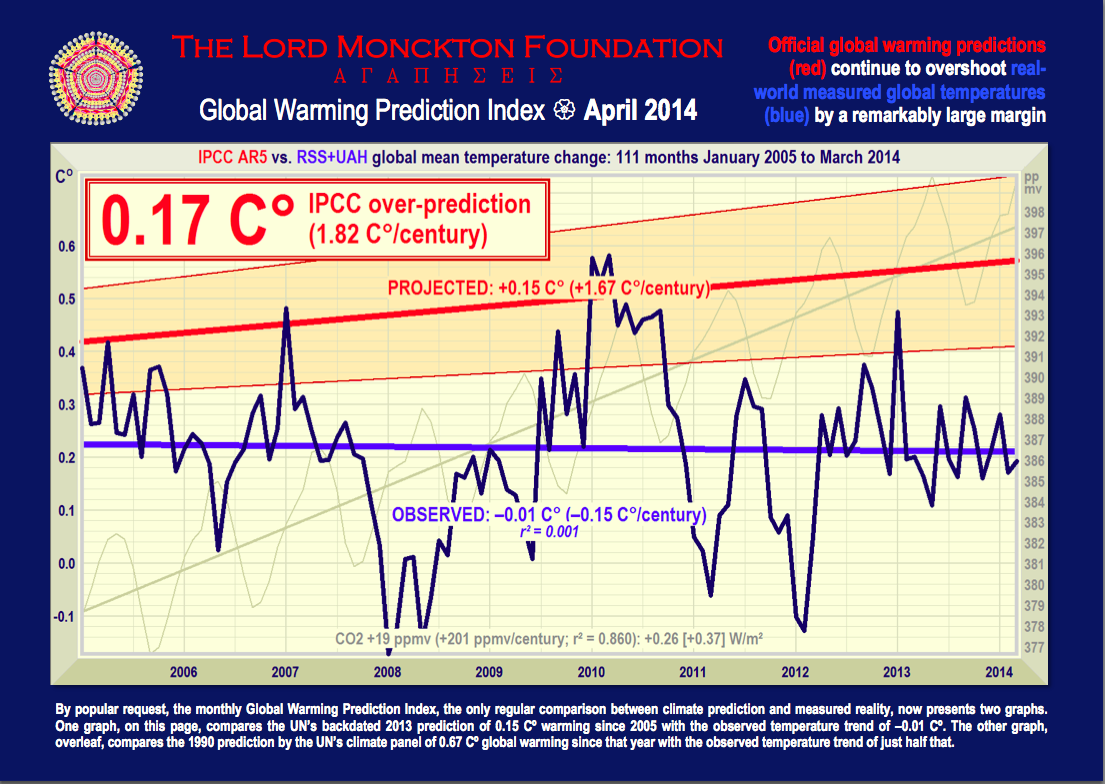