Belfer Center for (UN)Science and (Some) International Affairs: Is the IPCC Process Broken? 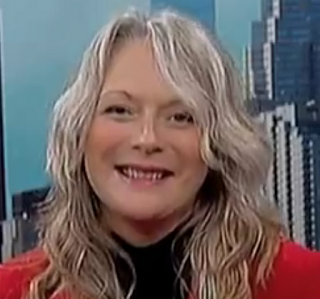 Donna Laframboise, on her blog No Frakking Consensus, wrote of the IPCC Asessment report approval process:


Since Monday, the Intergovernmental Panel on Climate Change (IPCC) has been in a meeting. The purpose of that meeting is to take a document authored by scientists and ensure that its wording is palatable to the powers that be.

Called the Summary for Policymakers, this is a 30-page précis of the IPCC’s as-yet-unreleased Working Group 1 report (which is expected to total 1,000 or so pages).

At the meeting, one sentence after another has been projected onto large screens. Diplomats, bureaucrats, and politicians from dozens of UN nations have haggled, horse traded, and negotiated. Eventually, phrasing that everyone can live with has been agreed upon. Then they’ve moved on to the next sentence. (bold added)

If Donna is correct, and I believe that she is, scientists are absent from the redrafting of the Summary for Policymakers.


Over the past 5 years, I have dedicated an immense amount of time and effort to serving as the Co-Coordinating Lead Author (CLA) of Chapter 13, “International Cooperation:  Agreements and Instruments,” of Working Group III (Mitigation) of the Fifth Assessment Report (AR5) of the Intergovernmental Panel on Climate Change (IPCC).  It has been an intense and exceptionally time-consuming process, which recently culminated in a grueling week spent in Berlin, Germany, April 5-13, 2014, at the government approval sessions, in which some 195 country delegations discussed, revised, and ultimately approved (line-by-line) the “Summary for Policymakers” (SPM), which condenses more than 2,000 pages of text from 15 chapters into an SPM document of 33 pages.  Several of the CLAs present with me in Berlin commented that given the nature and outcome of the week, the resulting document should probably be called the Summary by Policymakers, rather than the Summary for Policymakers.


No institution can be all things for all people, and this includes the IPCC.  In particular, in the case of the IPCC’s review of research findings on international cooperation, there may be an inescapable conflict between scientific integrity and political credibility.  If the IPCC is to continue to survey scholarship on international cooperation in future assessment reports, it should not put country representatives in the uncomfortable and fundamentally untenable position of reviewing text in order to give it their unanimous approval.  Likewise, the IPCC should not ask lead authors to volunteer enormous amounts of their time over multi-year periods to carry out work that will inevitably be rejected by governments in the Summary for Policymakers.

Prof Stavins told The Mail on Sunday yesterday that he had been especially concerned by what happened at a special ‘contact group’. He was one of only two scientists present, surrounded by ‘45 or 50’ government officials.

Many of the officials were themselves climate negotiators, facing the task of devising a new treaty to replace the Kyoto Protocol in negotiations set to conclude next year.

Prof Stavins said: ‘This created an irreconcilable conflict of interest. It has got to the point where it would be reasonable to call the document a summary by policymakers, not a summary for them, and it certainly affects the credibility of the IPCC. The process ought to be reformed.’(bold added)

Professor Stavins is concerned about the IPCC's suppression - he  revealed the original draft of the summary contained a lot of detail on how international co-operation to curb emissions might work, and how it could be funded. The final version contains only meaningless headings, however, with all details removed.

Professor Stavins has his own record of removing and suppressing comment.

In a companion piece  The Warsaw Climate Negotiations, and Reason for Cautious Optimism Professor Stavins writes:


First of all, the annual carbon dioxide (CO2) and greenhouse gas (GHG) emissions of these two countries have already converged. Whereas U.S. CO2 emissions in 1990 were almost twice the level of Chinese emissions, by 2006 China had overtaken the United States.  We are the world’s two largest emitters.

Second, as I explained above, cumulative emissions are particularly important, because they are what cause climate change.

Professor Stavins' pieces are published on the site: The HARVARD Kennedy School: BELFER CENTER for Science and International Affairs. The centre describes itself:


The Belfer Center is the hub of the Harvard Kennedy School's research, teaching, and training in international security affairs, environmental and resource issues, and science and technology policy.


The intellectual and practical activity encompassing the systematic study of the structure and behaviour of the physical and natural world through observation and experiment:

Perhaps Professor Stavins has forsaken the observational science for the religion of the Global Warming Nazis.


Looking at the observations of non-polluting carbon dioxide and global temperature we find that atmospheric CO2 keeps rising at a fairly uniform rate....

and global temperatures have fallen for the last 111 months: