It was ever thus: CO2 is good for you. 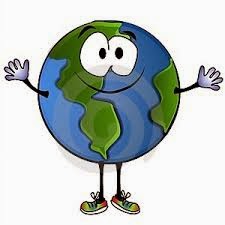 CO2 is GOOD for You:

This is NOT a hidden secret.....at least not around here.

We have previously posted:


and still the evidence rolls out. Michael Bastasch, writing for the Daily Caller writes:

Will emitting more carbon dioxide into the atmosphere cause tornadoes in Los Angeles and massive floods in the Himalayas? A growing body of research suggests it may just spur plant growth and green planet Earth.

He writes that "during the last few years"  scientific studies have found links between increasing carbon emissions and increased foliage and plant growth — called the CO2 fertilization.
The  Idso's site CO2 Science has been reporting this for years.
A recent paper -A Fresh Look at Climate Change - concludes:


“Nevertheless, in nearly all regions and globally, the overall effect in recent decades is decidedly toward greening,” Cato notes. “This result is also the opposite of what the IPCC expected.”

He continues with another study:


Another study by U.S. scientists published in the journal Nature last year found a “substantial increase in water-use efficiency in temperate and boreal forests of the Northern Hemisphere over the past two decades.” the increase in water efficiency, the study said, is consistent with a CO2 fertilization effect.