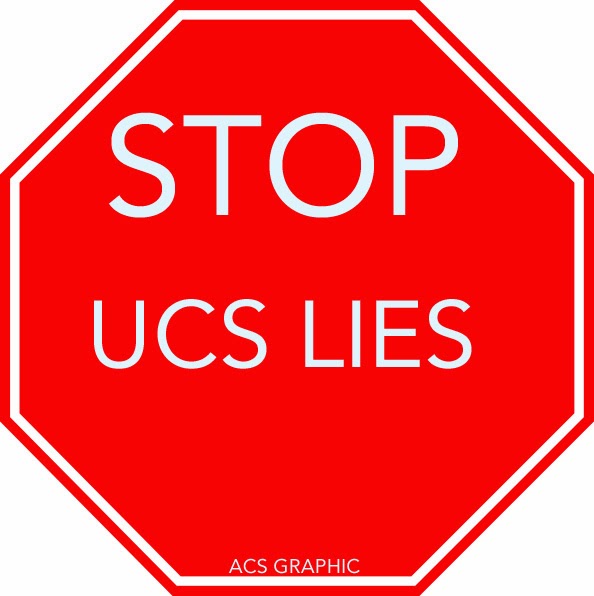 Isaac Orr, writing for the Heartland Institute's Somewhat Reasonable blog reveals how many of the people who make proclamations in the name of science are not scientists but instead are just activist groups continually engaging in smear tactics against real scientists.

He describes the Union of Concerned Scientists (UCS) as " environmental activist group masquerading as a legitimate....scientific organization."

They have been exposed before:

Mr Orr says that the presence of the UCS at the annual convention of the American Association for the Advancement of Science (AAAS) is "no laughing matter."

A natural reaction upon seeing this group is a sponsor for the event may be “so what?”—but there are serious, negative implications to having a group at the conference whose agenda is more focused on soundbites than sound science.

Attending the conference lends them credibility by being seen at an event where real science is occurring. The phrase “guilt by association” can be turned on its head, and having this organization present at a legitimate scientific conference is akin to reputation-laundering.


Even though most of the country is in the clutches of the second “Arctic Vortex” of this winter season and there has not been any significant warming of the Earth for the past 16 years, the UCS continues to claim there is a “scientific consensus” a manmade global warming catastrophe is happening. The claim of a scientific consensus is blatantly untrue. A new report by the Nongovernmental International Panel on Climate Change, Climate Change Reconsidered 2- Physical Science (published by The Heartland Institute, where I work), shows current temperatures are well within the range of natural variation. Unlike reports by the global warming alarmists, CCR-2 bases its findings on observed evidence, not flawed computer models.


A closer look at the UCS shows its claims of dedication to “rigorous and independent” science are false boasts. UCS is seemingly willing to put funds before facts whenever it’s convenient. The American Association for the Advancement of Science should disassociate itself from UCS lest it undermine its own credibility.