Climate Council (or Should that be Climate CON-cil?) - 5 Myths.

by Geoff Brown and Anthony Cox

The Climate Council, (or Should that be Climate CON-cil?) true to their nature have published a fairy tale called Mythbusting Guide for Christmas BBQs.  There is hardly a sentence in their release which is true.

Let’s look at their five "myths." (Should that be misses....Do they have a lisp?)

1: The Climate Isn't Getting Warmer, we still have cold weather: 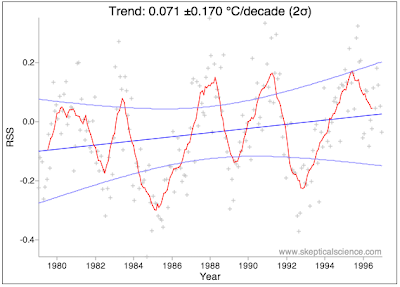 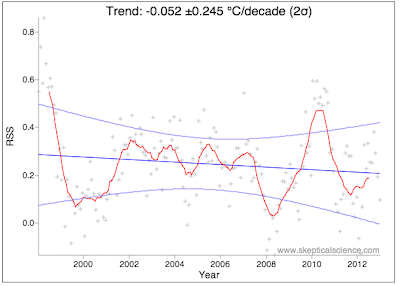 At the beginning of this 50 years period, Scientists were worried that Antarctic ice would cause a new ice age (Link – Real  Science)

Then they continue with their lies:

The Greenland and Antarctic Ice Sheets are losing mass

They must know that these are lies.

Greenland
A paper published by the Journal of Glaciology by researcher Kenneth Jezek (Link) "the southern half of Greenland was thickening by ~0.20 ± 0.06 m/year, with a possible increase in thickening rate to 0.28 ± 0.02 m/year for the later part of the record."

Satellite radar altimetry measurements indicate that the East Antarctic ice-sheet interior north of 81.6°S increased in mass by 45 ± 7 billion metric tons per year from 1992 to 2003. Comparisons with contemporaneous meteorological model snowfall estimates suggest that the gain in mass was associated with increased precipitation. A gain of this magnitude is enough to slow sea-level rise by 0.12 ± 0.02 millimeters per year. (Peer-reviewed paper.)

And these prevaricators were paid propagandists for the Rudd/Gillard/Rudd government? They should hand the money back!

2: Climate Change isn't caused by humans, it has always happened.

Well, that's both true and not-true. Climate change HAS always happened. Man has contributed, for example, by the Urban Heat Island effect.  However, the human contribution is insignificant.

Scientists are more certain than ever that the warming of climate since 1950 has been caused primarily by human activities.

Are the Climate Council deniers?  Are they just thumping the table? (link)

3: It's only a few degrees of warming, it can't be that bad.

Although the Climate Council try to scare us re warming; In fact, warm is better than cold.

In a review article published in the Southern Medical Journal, Keatinge and Donaldson (2004) of Queen Mary's School of Medicine and Dentistry at the University of London begin the main body of their text with a clear declaration of the relative dangers of heat and cold when it comes to human mortality: "cold-related deaths are far more numerous than heat-related deaths in the United States, Europe, and almost all countries outside the tropics, and almost all of them are due to common illnesses that are increased by cold." (Link)

The Climate Council states that:

All extreme weather events are now being influenced by climate change…

This contradicts the IPCC, AR5 which specifically says AGW is not causing extreme weather.
Bjørn Lomborg, an adjunct professor at the Copenhagen Business School writes (LINK)

One of the most persistent claims in the climate debate is that global warming leads to more extreme weather. Green groups and even such respectable outlets as Scientific American declare that “extreme weather is a product of climate change.”
Yet this is not supported by science. “General statements about extremes are almost nowhere to be found in the literaturebut seem to abound in the popular media,” climate scientist Gavin Schmidt of the NASA Goddard Institute for Space Studies said last month. “It’s this popular perception that global warming means all extremes have to increase all the time, even though if anyone thinks about that for 10 seconds they realize that’s nonsense.”

Are extreme weather events getting worse? Well, no!

Observations to date provide no conclusive and general proof as to how climate change affects flood behaviour.

Not according to Anthony Watts:

5 The Science is settled

The Science is settled. There is no confusion or debate in the scientific community about the reality of climate change

There is no confusion? This statement is full of confusion. Science and settled is a scientific oxymoron.

Is there a reality of climate change? Of Course. Climate has always changed since the beginning of time.

By climate change, the Climate Council probably means catastrophic man-made global warming (CAGW). Well,  there definitely is debate in the scientific community about the reality of CAGW.

Climate Change Reconsidered II: Physical Science (CCR-II is an independent, comprehensive, and authoritative report on the current state of climate science. It is the fourth in a series of scholarly reports produced by the Nongovernmental International Panel on Climate Change (NIPCC), an international network of climate scientists sponsored by three nonprofit organizations: Center for the Study of Carbon Dioxide and Global Change, Science and Environmental Policy Project (SEPP), and The Heartland Institute. Whereas the reports of the United Nations' Intergovernmental Panel on Climate Change (IPCC) warn of a dangerous human effect on climate, NIPCC concludes the human effect is likely to be small relative to natural variability, and whatever small warming is likely to occur will produce benefits as well as costs. (LINK)

Why do the Climate Council continually issue false information?

Because, if they reported the truth, they would be out of a job.