Sun is the main driver of climate change, not carbon dioxide. 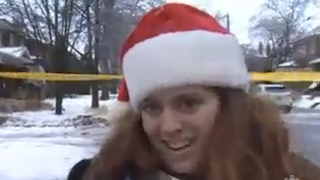 As ice storms put much of Ontario into the cold and dark for Christmas, Friends of Science are citing a recent report by Dr. Madhav Khandekar that indicates cold weather extremes are on the rise; this trend is under reported in the media, and virtually unnoticed by climate researchers at the IPCC. Friends of Science say the sun is the main driver of climate change, not carbon dioxide, and that solar cycles are exhibiting abnormal patterns.

Recent extreme storms and ice storms in eastern Canada reflect climate trends under reported in the media, say Friends of Science. Peer-reviewed studies by solar scientists indicate a 'solar hibernation' may be imminent according to a recent report by Dr. Mahdav Khandekar.

Over the past six years, extreme cold weather in central and eastern Europe, India and South America has led to the deaths of hundreds of people, Khandekar reports debunking the claims of global warming causing extreme weather like Typhoon Haiyan, in a report published Nov. 27, 2013 by the Global Warming Policy Foundation. Sadly, the IPCC scientists have not even mentioned this trend in their recent reports.

Published on Dec 23, 2013
Although officials cited progress with outages in some areas of the country, hundreds of thousands of people in Central and Eastern Canada may spend Christmas in the dark as emergency crews struggle to restore power.