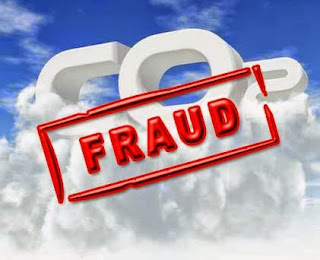 I am on the Friends of the Earth (FOE) email list and receive a steady stream of theirs and the Sierra Club’s lies about the environment. A recent FOE mailing stating that “Devastation from climate change has become all too frequent.”

This is simply an outright lie. Inherent in natural events such as hurricanes and typhoons, blizzards, tornadoes, floods, droughts, and forest fires is the damage they cause, but FOE asserted that “People in vulnerable communities are already struggling with dirty air, unsafe housing and increased cancer rates. So when extreme weather hits, its impacts are even more devastating.”

All communities, from small towns to major cities are by definition “vulnerable”, but the air has undergone significant clean-up over the years so this is not a common problem anywhere. As for cancer rates, they too have been in decline thanks to advances in medical care. It is doubtful that most Americans live in allegedly unsafe housing these days. Houses on both coastlines are vulnerable to ocean storms. Houses inland are vulnerable to floods and fires. There is nothing inherently "environmental" about this. It's about location.

All this is little more than blatant scare mongering and FOE was calling on its members and others who received its email to “Call on President Obama to ensure that all Americans are protected from climate disasters.”

No President has any control over weather events. To FOE, however, this is a call for “critical environmental justice.”

There is no such thing as “environmental justice.” It is an invention of environmental groups that are intent on convincing people that whatever they do or fail to do somehow has an impact on the weather.

Indeed, the entire global warming hoax, now called climate change, was based on the lie that humans were responsible for producing huge amounts of carbon dioxide via industry, driving, or making some toast for breakfast. The environmental enemy was and is the use of energy, but it is energy that has so vastly improved and protected everyone’s life.

In a recent article, Dr. Craig Idso, the founder and former president of the Center for the Study of Carbon Dioxide and Global Change, a coeditor of the Nongovernmental International Panel on Climate Change, and James M. Taylor, a senior fellow of The Heartland Institute and the managing editor of Environmental & Climate News, a monthly publication, examined how “Global Warming Alarmism Denies Sound Science.”

They took note of the way the Fifth Assessment Report of the United Nations Intergovernmental Panel on Climate Change moved away from its earlier predictions and assertions. “The IPCC report contradicts claims that global warming is causing more extreme weather” and “admits the lack of global warming this century defies nearly all computer models that predict rapid future warming.” The organization devoted to the global warming hoax has been forced to retreat from decades of lies about it.

While FOE tries to scare people with references to “extreme weather disasters”, Idso and Taylor pointed to the fact that “Global hurricane frequency is undergoing a long-term decline, with global hurricane and tropical storm activity at record lows during the past several years…The United States is benefitting from the longest period in recorded history without a major hurricane strike. Tornado activity is in long-term decline, with major tornado strikes (F3 or higher) showing a remarkable decline in recent decades.”

This is not to say that hurricanes like super storm Sandy or tornadoes have not occurred, but it is to say that there have been far less. These weather events affecting the United States have been in decline and that is the reality.

The FOE claim that any President can possibly “protect communities” is absurd. It is a lie.

The most worrisome aspect of environmental lies is that they are used to justify governmental policies.

The new Environmental Protection Agency administrator, Gina McCarthy, ahead of a trip to China, told a liberal advocacy group in Washington that she has devoted her life to protecting the environment: “And I really see no greater issue and no more urgent threat to public health than climate change.”

There is NOTHING the EPA can do about CLIMATE CHANGE.

The present global climate is, in fact, in a lengthy cooling cycle, not caused by anything to do with human activity, but by a reduction in solar radiation due to its own diminished cycle of magnetic storms (sunspots).

Cleaning the nation’s air and water is a public health activity, but denying Americans access to the nation’s vast reservoirs of coal, oil, and natural gas is an attack on the nation’s economic growth and a denial of the energy it requires to recover from the 2008 financial crisis, providing jobs and keeping energy costs under control.

Environmentalism is based on lies and the lies reflect an agenda that regards humanity as the enemy of the Earth.