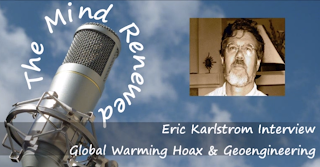 http://TheMindRenewed.com - What is the true nature of the hypothesis of Anthropogenic Global Warming Climate Change Climate Disruption Global Weirding? Is it scientific?

Or is it essentially political?

Joining us to affirm the latter, and to express his concerns about current geo-engineering programmes, is Dr. Eric Karlstrom, Emeritus Professor of Geography at California State University, Stanislaus, and long-time researcher in Quaternary Paleoclimatology.

No Correlation between extreme weather events and climate change 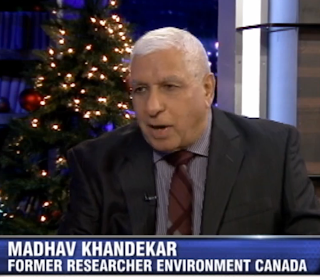 From The ICSC site
December 8, 2013: ICSC Science Advisory Board member Dr. Madhav Khandekar, former Environment Canada Research Scientist, explains to Ezra Levant of "The Source" that recent extreme weather is nothing unusual and undoubtedly due to natural cycles.

Broadcast across Canada on The Source, with Ezra Levant on Sun Media Television.
Dr. Khandekar explains the science that shows there is no correlation between extreme weather events and climate change.
Click here to read Dr. Khandekar's report "The Global Warming-Extreme Weather Link", published by the Global Warming Policy Foundation, London, U.K.

Another Issue of "Carbon Sense” by Viv Forbes and Helpers.
Please pass on. We rely on supporters to spread the word. 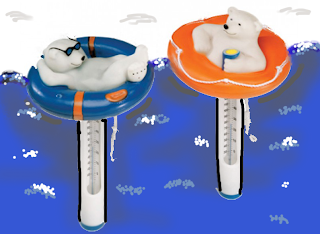 A print friendly pdf of this newsletter can be found at:
http://carbon-sense.com/wp-content/uploads/2013/12/ocean-thermometer.pdf

The UN IPCC and others with a vested interest in the global warming scare have not bothered to check what sea level evidence says about global temperature changes.

Sea levels are very sensitive to temperature changes, and the oceanic indicators are currently reading “steady”.

So are all other thermometers.

Apart from bubbles of heat surrounding big cities, the thermometers and satellites of the world have not shown a warming trend for 17 years. This is in spite of some inspired fiddling with the records by those whose jobs, research grants and reputations depend on their ability to generate alarming forecasts of destructive global warming.

To explain this absence of warming on Earth’s surface, the warmists now claim that “the missing heat is hiding in the deep oceans”.

This sounds like a water-tight alibi, hard to disprove because of our inability to measure “average ocean temperature” directly.

However, the ocean itself is a huge thermometer – all we have to do is to read the gauges.

Most liquids expand when heated, and this property is used in traditional thermometers. They have a glass reservoir filled with liquid (usually mercury) and a graduated scale to measure any thermal expansion of that liquid.

Oceans have the essentials of a global thermometer – the huge ocean basins are the reservoir, sea water acts like the mercury, and tide gauges on the shore-line (or satellites) measure changes in sea water volume.

Two factors, both dependent on global temperature, are the main causes of any general rise in sea levels – how much ice has melted from land-based ice sheets like Greenland and Antarctica; and the expansion of sea water volume as ocean temperature rises.

There are of course some locations where tectonic movements mean that the land is rising or falling relative to the sea, but these areas are easily identified and should be ignored in determining actual changes in sea levels.

Historically, sea levels (and global temperatures) rose steeply as the great ice sheets and glaciers melted as Earth emerged from the last ice age. Sea levels rose by 130 metres in just 10,000 years but they have been relatively stable for the last 7,000 years.

The sea level thermometer was higher than today during the Roman Warm Era, and lower than today when the Little Ice Age ended about 160 years ago. There has been no unusual spurt in recent years, proving conclusively that there is no significant extra heat going into the deep oceans, and no global warming hiding there.

If you would like to read more on sea levels and global temperature:

Sea levels and temperature changes over the centuries:
http://carbon-sense.com/2013/11/30/nothing-new-about-climate-change/

Rising Sea Level is not the main threat to Pacific Islands and Atolls:
http://www.nzherald.co.nz/opinion/news/article.cfm?c_id=466&objectid=11166377

Graph of sea levels in Kiribati, home of an islander claiming to be a "climate refugee".:
http://nzclimatescience.net/images/PDFs/kiribati13.pdf

All you ever wanted to know about global temperature trends:
http://www.climate4you.com/GlobalTemperatures.htm#Global%20temperature%20trends

The Environmental Multinationals have lost their Way.

Many groups have much to lose as the theory that humans are driving dangerous and accelerating global warming is progressively exposed as science fiction. Those in most danger are the multinational environmental empires and the politicians who have supported them.

Once upon a time the World Wildlife Fund was mainly about saving wildlife – now its pre-occupation seems to be how to destroy the coal industry in order to reduce emissions of carbon dioxide. Carbon dioxide is the gas of life, and the additional carbon dioxide is known to be fuelling the green revolution which has caused increased growth of all green things. WWF is thus now anti-green.

Greenpeace also has forgotten the green bit and is now more interested in saddling us with a tax on carbon, the key element of all life.

And instead of working for refugees, Oxfam was prominent among the dozens of “charities” acting more like stop-work agitators at the climate grabfest in Warsaw. (Yes it was a grab-fest – most of the attendees were there hoping to grab a big heap of cash from a few western bunnies for “Climate Compensation”.)

And how do Friends of the Earth and the Sierra Club accept the massive environmental destruction caused by thousands of bird-killing bat-killing wind turbines with their spider-webs of roads and transmission lines? The wind mania will collapse as soon as its subsidies disappear. Who is then going to clean up their mess? Will we see volunteers from FOE dismantling derelict windmills and rehabilitating their access tracks and transmission lines and towers? 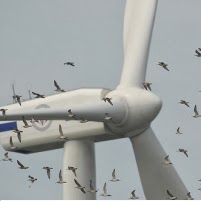 And why should these economic vandals be assisted by tax concessions while they spend much of their time and energy locking-the-gate on activities that could generate tax revenue such as exploration, mining, grazing, land development, irrigation, fishing, tourism and forestry? Green extremists have lost sight of their once-worthy aims to now become forces of pointless obstruction and destruction of all human activities.

And why should the CSIRO be funded lavishly by tax payers while they waste billions trying to prop up failing climate theories, models and scares?

The ice caps have not melted, the oceans are not overheating, sea levels are just fluctuating, the polar bears are thriving and the Sahara is regaining vegetation. It is foxes and cats that are destroying native wildlife, not drilling for gas. And real human pollution of the oceans, rivers and atmosphere gets little attention while green dreamers in parliament are focussed on maintaining the carbon tax. 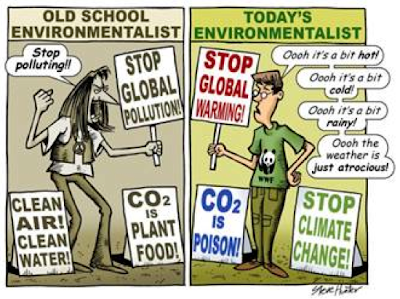 Acknowledgement to cartoonist, Steve Hunter at: stevehunterillustrations.com.au
(PS. Big Oil, Big Coal, Big Gas and Big Government have been quite stingy lately with grants to Carbon Sense so Steve has not been paid. Send us some subscriptions or we will both starve.)

All manias unravel, and the climate mania has started down this road. Already supporters are jumping ship as the reaction accelerates.

Politicians too have played a dangerous game with energy supplies.

The icy tentacles of yet another cold winter are once again sneaking down from the ice-covered Arctic and causing shivers on the northern plains of Europe and America.

Sometime soon, on a still winter night in Northern Europe, snow will drift down silently, covering the German solar panels with a cold white blanket, and quietly surrounding the motionless British wind turbines like skirmishers ahead of the invading vandals. Green power will fail, the lights will flicker, the heaters will go cold, and some people may start to recognise that reliable heat, light and power from coal, oil, gas and nuclear is humanity’s greatest asset after all.

Next morning, the BBC will report the record high temperature reached at Marble Bar in summertime Australia.

But later in the day, awkward questions will be asked in Parliament.

And, at the next election, heads will roll.

Lies and lies about dams! 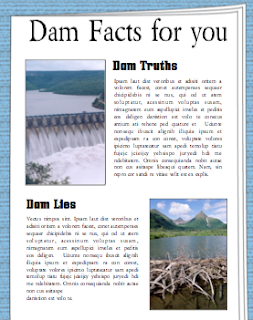 I heard once there are lies, dam lies and then there is statistics. I never could figure out why lying about dams was so bad, but I think I got the point. Anyway, I read a report recently about people who don’t believe global warming is going to end the world unless we do just what the ones who know best tell us. I think the word for those people who don’t believe is “deniers”.